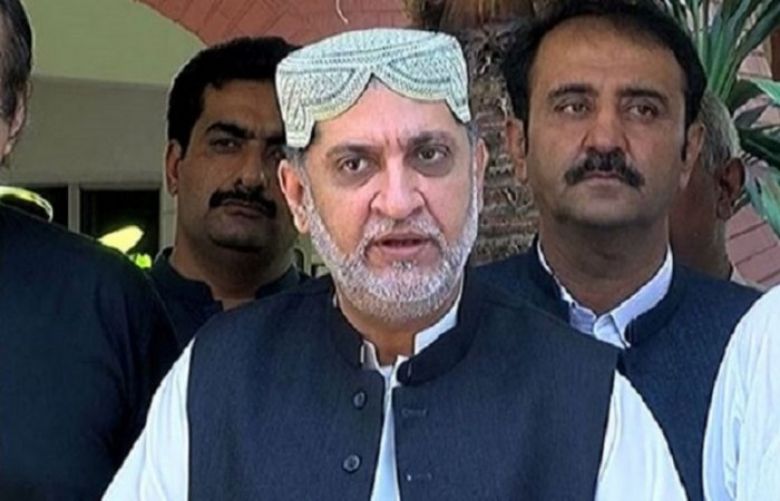 Balochistan National Party (BNP-M) President Sardar Akhtar Mengal on Friday said his party was ready to join the opposition if it accepted the BNP-M's demands.

Mengal made the remark while addressing a press conference following a meeting with a delegation of senior PPP leaders, who had called on him to invite him to join the opposition benches.

Following the meeting, Mengal addressed a press conference in which he expressed regret that the government had not made any progress towards addressing any outstanding demands.

"We had not taken any ministry or other benefit for joining the treasury benches," he recalled, stressing that he only sought action on his demands. Mengal's party is a confidence and supply partner of the ruling coalition in the National Assembly.

"We are ready to join the opposition if it accepts our conditions," he said.

The two parties had talked in detail during today's meeting, he said, adding that the nation's problems would not be resolved until democratic institutions are strengthened.

Mengal said that another meeting will be held in the next few days.

"Our demands are not hidden," he said. "Our demands are for the development of Balochistan. We have put forward six points before the government but no action has been taken on the points as yet."

He said the same points have been put forward before the PPP and will be deliberated with other opposition parties as well.

Our issue is the situation of Balochistan, not the voting for the budget, he said. "We will not be able to remain with the government if political issues are not resolved."

Earlier on Wednesday, the ruling Pakistan Tehreek-i-Insaf (PTI) had constituted a three-member committee to oversee the implementation of the six-point agreement reached with the BNP-M at the time of the formation of the federal government in August last year after the latter’s covert threat to abstain from a vote on the federal budget.

A spokesman for the PTI had told Dawn that Prime Minister Imran Khan had “empowered” the committee to hold talks with the BNP-M leaders and devise a short- and long-term strategy for the implementation of the accord.

The members of the committee, headed by Defence Minister Pervez Khattak, met BNP-M chief Sardar Akhtar Mengal on the same day and discussed with the latter coalition-related matters.

On March 26, the BNP chief had met Prime Minister Khan and formally complained about the non-implementation of the six-point agreement.

The six-point memorandum of understanding had been signed by the representatives of the two parties after a marathon session between Mengal and PTI vice chairman Shah Mehmood Qureshi after which the BNP had agreed to support PTI candidates for the positions of prime minister and speaker and deputy speaker of the National Assembly after last year’s elections.

The six points included recovery of missing persons, implementation of the National Action Plan, implementation of six per cent quota for Balochistan in the federal government, immediate repatriation of Afghan refugees and the construction of dams in the province to resolve the acute water crisis.