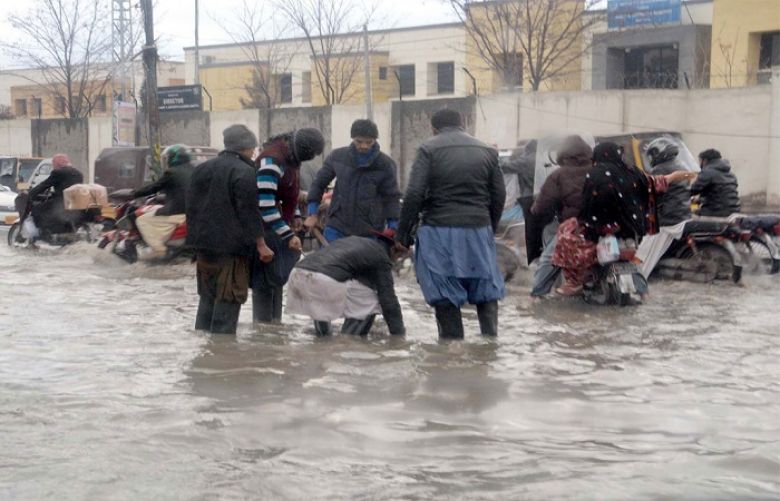 The government authorities have declared rain emergency in Balochistan after incessant rainfall and flooding in several parts of the province, on Monday.

The rainfall in Quetta, Gwadar, Chagai, Harnai and Jaffarabad caused flooding in storm drains and nullahs in Balochistan, which severed land lank of various areas in the province.

Incessant rainfall with stormy winds, continued for four days, have caused flooding in Kohlu, Sibi, Chaman and other areas.

The low-lying areas have submerged in Kohlu due to continuous rainfall in city and the adjoining areas.

The rainwater has caused flooding in Nari, Bolan and Lehri rivers and various nullahs in Sibi region. According to sources, the Nari river presently flowing at low flood with 29000 cusecs of water, while the water flow at river Lehri has been recorded at 6600 cusecs and at Bolan river 3000 cusecs, an official of the provincial irrigation department has said.

Cold weather has returned in Quetta with incessant rainfall as the met office has forecast more rain during next 24 hours.

Chaman, Qilla Abdullah, Gulistan, Jangal Pir Alizai and Dobandi also receiving rain for last four days, which was resulting in flooding in rivers and nullahs in the region. The low-lying areas also submerged in rainwater.

The rainfall has also caused losses to the standing wheat crop in several areas including Jaffarabad, Dera Allahyar and Osta Mohammad.