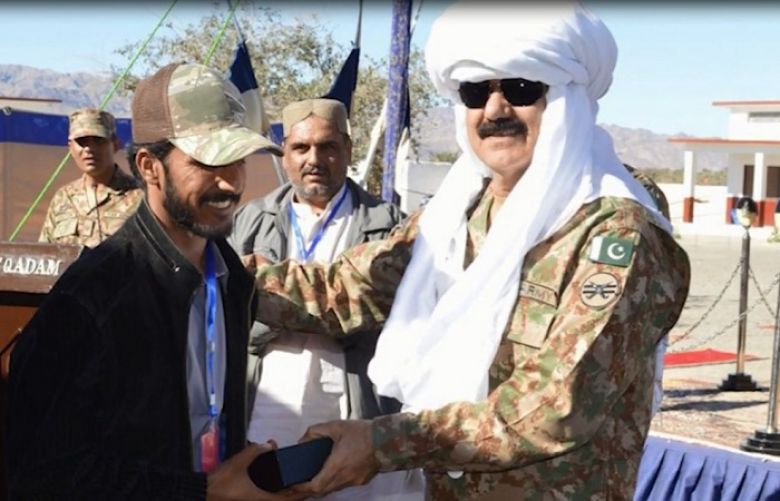 Pakistan Army has handed over homes and shops of a model village in Mashkai area of district Awaran, Balochistan amongst the families who got displaced due to earthquake in 2013.

According to ISPR, the model village has all basic amenities including school, market, water supply system and solar based electricity.

The mega project has been built on self help basis by Pakistan Army in six months.

Local people showed complete satisfaction over efforts of Pakistan Army for peace, stability and socio economic development in the area.