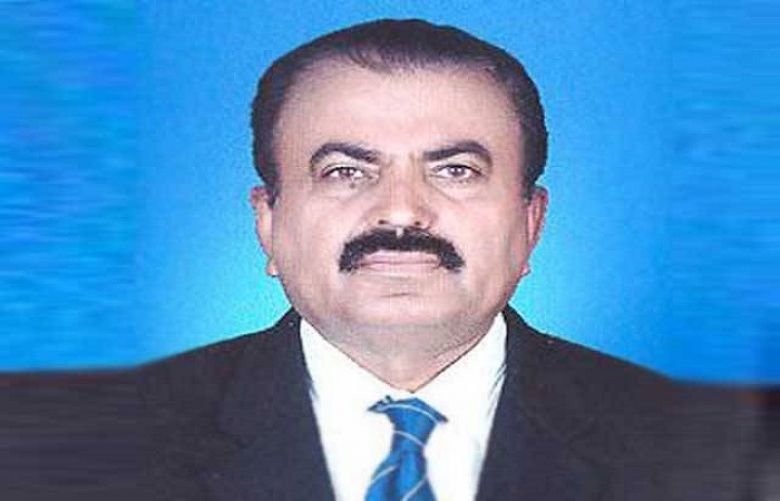 According to NAB sources, Ashraf Magsi is accused of embezzling funds worth millions of rupees and recruiting officers above grade 17 in violation of merit.

Earlier in November 2014, the then Balochistan Governor Muhammad Khan Achakzai had removed Magsi from the post of Chairman of the Balochistan Public Service Commission (BPSC) over charges of irregularities and corruption.

A formal letter of termination was issued to the chairman by the governor after Balochistan High Court Judge Justice Naeem Akhtar Afghan concluded the inquiry.

Two of Magsi’s daughters, who were working in grade 17 of the education department, were also sacked after their degrees were found to be fake by the NAB.

Magsi’s arrest comes few days after the NAB officials detained Mushtaq Raisani from his office at civil secretariat after recovering cash amounting to Rs730 million and jewellery worth nearly Rs40 million from his residence.

NAB officials confirmed the cash was found from a locker and 14 bags stuffed with local and foreign currencies.

The accused was later sent on 14-day physical remand by a local court.

Balochistan National Accountability Bureau (NAB) Director General (DG) Tariq Khan while talking on Saturday stated that the sum of cash recovered from the residence of Balochistan Finance Secretary Mushtaq Raisani is the largest in the country’s history.

He said that all records related to Raisani have been seized, adding that there are various angles to the case and that it shall surface new facts. He said that the record will be scrutinised and that all those involved in the case shall be curtailed.

Khan clarified that NAB will not be pressurised and that corruption in the country will be curbed, he stated that action shall be taken on the basis of merit against any in-service or retired officer found involved in corruption.

Tariq Khan stated that the civil and military leadership in the province is on the same page against corruption, adding that corruption is mostly done through developmental projects.

He said that action was taken against Mushtaq Raisani after irrefutable evidence was obtained regarding his involvement in corruption. He stated that the operation was not a sudden one and that investigation was underway for one year but was kept secret.