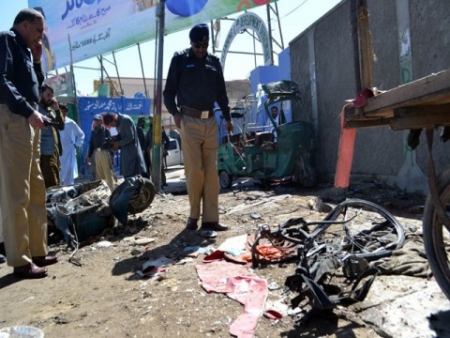 Rescue teams and security sources said a remote-controlled bomb, which was fitted on a cycle, went off in Quetta’s Shahbaz Town near City Hall, killing five people and wounding over 20 including women and children. Officials said a vehicle of security forces was targeted in the blast in Shahbaz Town situated at Samanadari Road. Police, security personnel and rescue teams rushed to the blast site and shifted the injured and dead to Combined Military Hospital. Medics fear the death toll may raise as most of the injured were in critical state