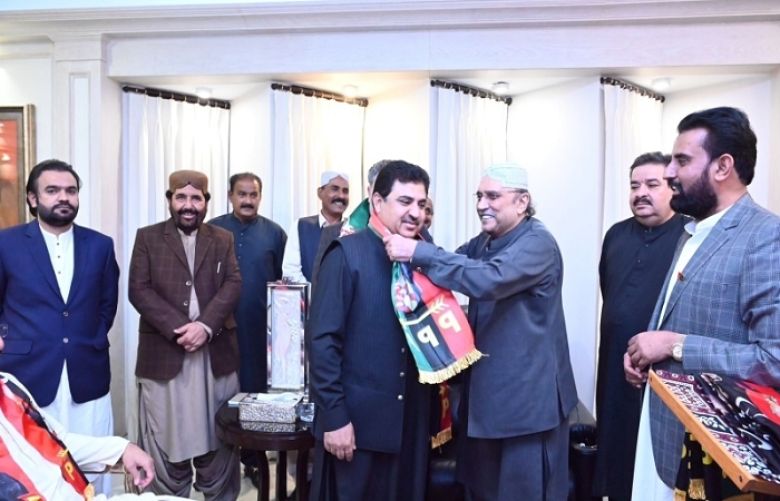 Speaking to the politicians, the former president said PPP had been struggling hard for the rights of Balochistan as his party had historical links to the province.

The announcement was made after Balochistan’s members of provincial assembly—Saleem Khosa, Zahoor Buledi,and Arif Muhammad Hasani met with Zardari at the Bilawal House in Karachi.

The development came as the PTI chief alleged that the establishment was involved in 'political engineering' to weaken his party in a bid to install a ‘weak’ government in the country.

“Unfortunately, we have not learnt any lesson from the past as political engineering is still undergoing. MQM is being merged, BAP is being pushed into PPP, and efforts are being made to strengthen PPP in South Punjab,” he said while addressing a PTI women workers' convention in Karachi via video link on Sunday.

Meanwhile, the PPP has rejected rumours about the party being “vigorously involved” in creating a forward bloc in the Pakistan Tehreek-e-Insaf by reaching out to its defecting lawmakers in south Punjab, calling them “false”.