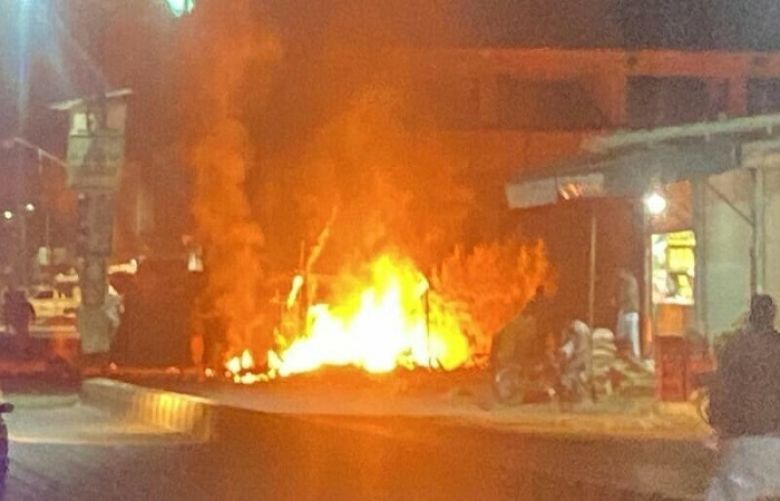 At least 13 people were injured in an explosion near the Umar Farooq Chowk in Balochistan’s Khuzdar district on Monday night, police officials said.

He said that the wounded have been moved to the District Headquarters Hospital, Khuzdar.

“The police have reached the area and cordoned it off,” Sasoli added.

Earlier, the head constable of Khuzdar police station, Ali Khan, said that two injured persons were in critical condition. He also said that checkpoints have been set up in the city to arrest the suspects.

Meanwhile, Balochistan Chief Minister Abdul Quddus Bizenjo condemned the attack and imposed an emergency in hospitals across the city.

“Terrorists who target innocent people are enemies of the nation. No religion or society gives permission for this bloodshed,” he said in a statement.

The minister further instructed the law enforcement agencies and administration to immediately arrest the perpetrators and increase security at the Khuzdar highway.

Bizenjo also directed the provision of the best treatment to the injured people and prayed for their speedy recovery.

Separately, Adviser to the Chief Minister for Home Mir Zia Langove summoned a report of the attack from the police and prayed for the speedy recovery of the wounded.

“Police and law enforcement agencies are assessing the situation,” he said, vowing that the government was determined to eliminate all “anti-peace elements”.