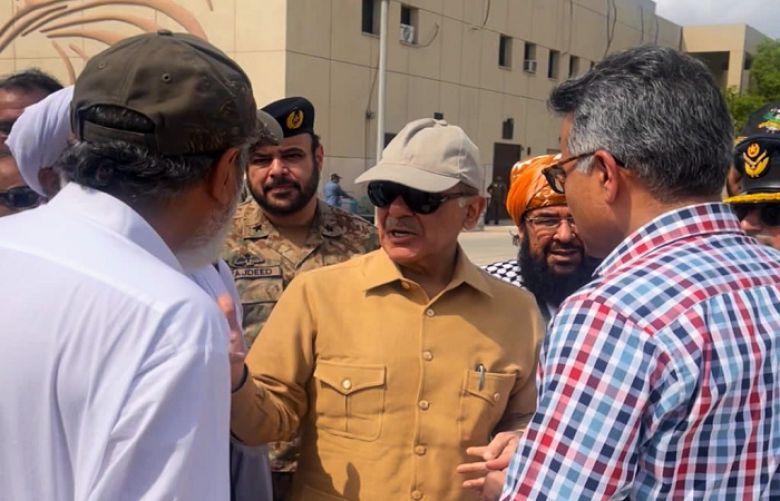 Prime Minister Shehbaz Sharif Saturday visited Balochistan to oversee the relief work being done in the province after heavy monsoon rains took the lives of more than 120 people.

Torrential rains have wreaked havoc in Balochistan, leaving destruction in their way. More than 6,000 houses have been completely torn down, and over 10,000 houses are partially damaged.

As a result of the relentless rains, the prime minister formed a committee Thursday comprising of federal ministers, which was directed to visit flood-affected areas and submit a report in the next four days.

In conversation with journalists during his visit to the affected areas, the prime minister announced Rs1 million for the families whose members lost their lives in the rains and Rs500,00 for the people whose houses were destroyed, and Rs200,000 for the homes that were partially damaged.

However, he did not give a timeline for the disbursement. "We have formed a committee to assess the losses of livestock and damage to the crops," PM Shehbaz said.

The prime minister added that the federal government's committee would conduct surveys in liaison with the provinces. They will also remain in touch with Azad Jammu and Kashmir and Gilgit-Baltistan, he said.

The premier said that the committee's meeting has been called on August 3 in Islamabad, as he lamented that the rains have killed 124 in Balochistan — However, Geo News puts the tally at 125.

The prime minister added that more than 300 people have been killed in rain-related incidents across Pakistan.