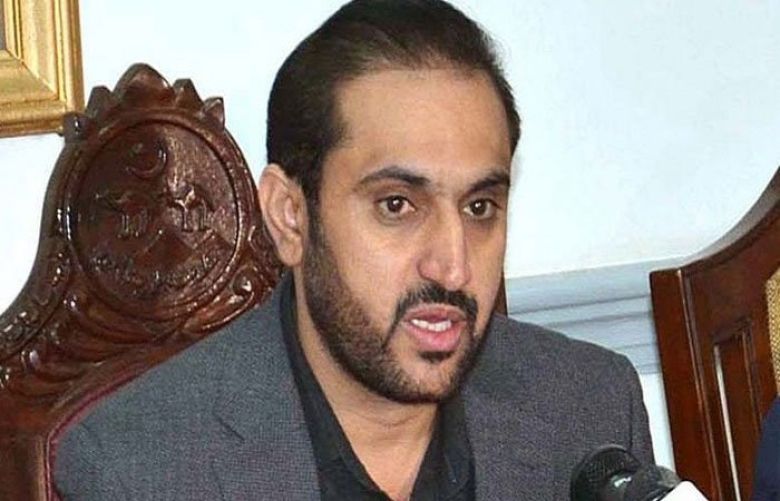 Abdul Quddus Bizenjo will certainly be elected as the new chief minister of Balochistan as no other candidate has submitted nomination papers for the post.

The chief minister's seat was vacated after former Balochistan chief minister Jam Kamal Khan stepped down from the post on Sunday.

Following his announcement, disgruntled members of the Balochistan Awami Party (BAP) and the Opposition, who had gathered at Bizenjo's residence, celebrated their triumph by flashing victory signs.

While Bizenjo is likely to be elected unopposed, he will have to prove he has the support of the majority in the assembly, which amounts to 33 MPAs.

The new chief minister is to be elected tomorrow (Friday) during a session of the provincial assembly.

Before the deadline ended on Thursday evening, five papers nominating Bizenjo for the post of chief minister of Balochistan, were submitted in the assembly secretariat.

Sources said once the support of the majority of the assembly is established, the Balochistan governor will issue an official notification for his appointment. This will be followed by Bizenjo taking oath as the Balochistan chief minister.

Sanjrani took the premier into confidence over his recent visit to Balochistan.

Defence Minister Pervez Khattak was also present on the occasion.

"It will be the first time in history that a Balochistan chief minister is elected uncontested," said Khetran while speaking to the media.

He said that the next provincial government in Balochistan will have the support of all the members.

"The new chief minister will be accessible to everyone, everyone will get their due respect," said Khetran.

He went on to say that the issues in the constituencies will be resolved at the doorsteps of the people in the new government.

"We will resolve all the issues of the province at the first opportunity," he added.

He said that Kamal is and will be a part of BAP.

Provincial Minister for Local Government and Rural Development Sardar Muhammad Saleh Bhootani, who is also Bizenjo's seconder in the nomination papers, had agreed with Khetran's statement, saying that he doesn't think that anyone else would submit their nomination papers to contest for the chief minister's post.

Bhootani, in his media talk, said that their party remains the same and that they are united.

"Jam sahib is a great man. He ruined the province, so he should rest now," said Bhootani.

Commenting about Kamal's opposition to the party after being removed from the post of the chief minister, Bhootani said why would he [Kamal] sit with the Opposition in the assembly when his party is in government.

Bushra is the proponent while Laila is the seconder for Bizenjo in the separate nomination papers submitted by the two in the assembly.