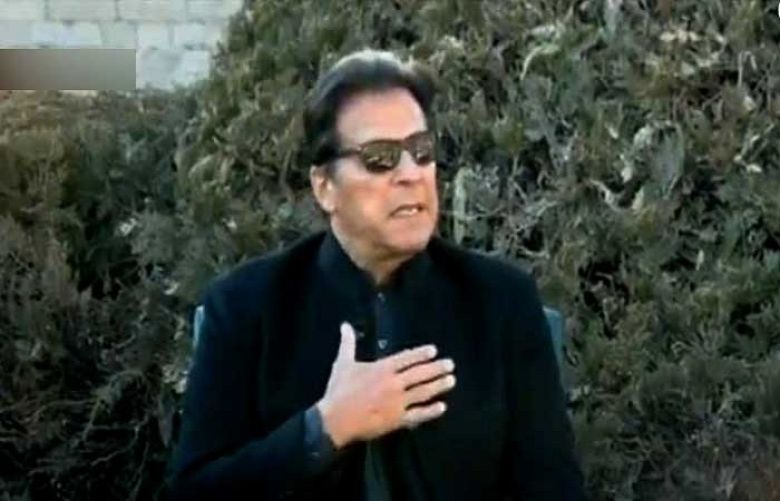 Prime Minister Imran Khan blamed India for being behind the terrorist acts in Balochistan and vowed that stringent security measures would be taken for safeguarding the Hazara community.

Speaking to digital media representatives, Imran Khan expressed regret over the brutal killing of the members of the Hazara community and said that they were facing genocide.

“Some terror elements have joined hands with Daesh and they are supported by India for promoting terrorism in Balochistan,” he said adding that the cabinet was apprised of attempts being made to fuel sectarian rifts in the country in March.

He said that India has made attempts to fuel sectarian tensions in the country and Maulana Adil’s assassination was one such bid to fuel the rifts, however, it was tackled in the best possible way by the security institutions.

“Our forces have foiled many attempts from terrorists and arrested several such elements before the execution of their nefarious designs,” Imran Khan said.

He said that the Balochistan province was neglected in the past due to its less population and votes, however, their government is giving special attention towards the development of the province.

“The chieftain system in the province has also a role in the destruction of Balochistan,” the prime minister said while also blaming the PPP for neglecting it during its tenure.

“The development funds were previously funneled through chieftains of the province, which made them richer while the masses remained poor,” Imran Khan said.

He further lauded Jam Kamal and said that he was performing well for the betterment of the province.

Prime Minister Imran Khan later speaking to the heirs of the victims in a separate meeting said that they were establishing a security group tasked with providing security to the Hazara victims.

“I have met Hazara families after attacks on them previously when I was not the prime minister,” he said adding that he decided to visit after the burial of the victims as a prior visit could set a bad precedent for his successors.

“I am thankful to the families of the victims for burying the coal miners on my request,” he said adding that he remained in touch with the security institutions, reviewing the situation.