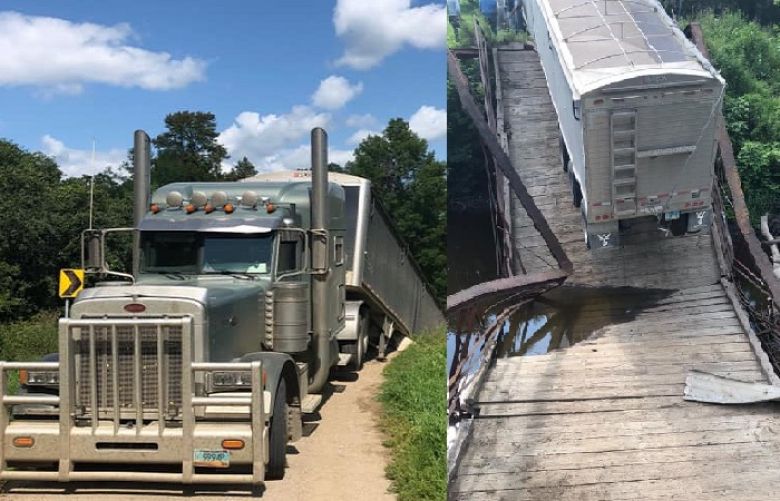 A historic bridge in North Dakota, built in 1906, collapsed Monday after a tractor-trailer hauling beans and exceeding the weight limit drove over it.

It happened around 1:15 PM Monday on 3rd Avenue Northeast across the Goose River.The Grand Forks County Sheriff’s Office says bridge was rated for 14 ton gross weight with restrictions. The weight of driver Michael Dodds’ truck was over 43 tons or 86,750 pounds there were no injuries.

The owner of the semi says the bridge failed because it was struck on its structural support and not about the weight. He adds the weight of the truck was just over 80,000 pounds at the time of the bridge collapse.

The estimated cost of a replacement bridge is $800,000,00 to $1 million.The bridge was built in 1906 and is on the National Registrar of Historic Places.3rd Avenue between 36th Street and 37th Street NE has been closed.The incident remains under investigation.