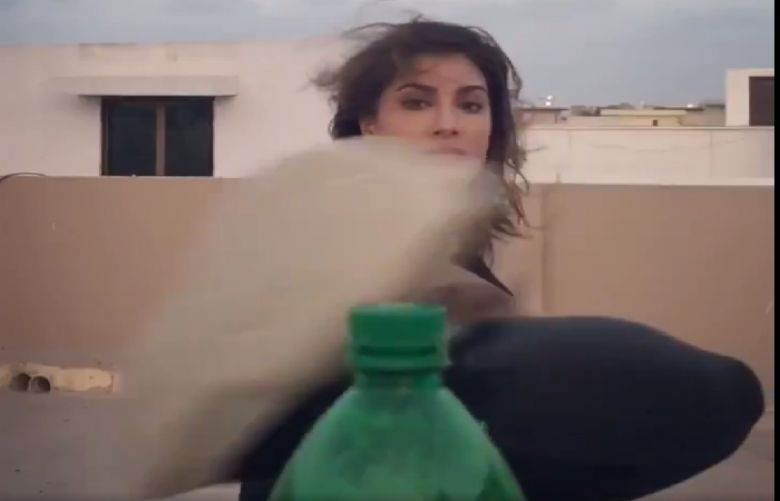 Jason Statham, the action-movie star known for his martial arts prowess, posted a video this week of himself kicking a bottle.

Hollywood actor Jason Statham filmed in slow motion, it shows him spinning 360 degrees before his foot connects with the bottle cap just enough to send it flying off the bottle, but not enough to tip the bottle over. By Wednesday morning, this 23-second Instagram post had more than 14.5 million views.

Mr. Statham’s post on Monday was just one entry in a viral trend known as the Bottle Cap Challenge. More than 26,000 Instagram posts had the hashtag #bottlecapchallenge as of Wednesday morning. 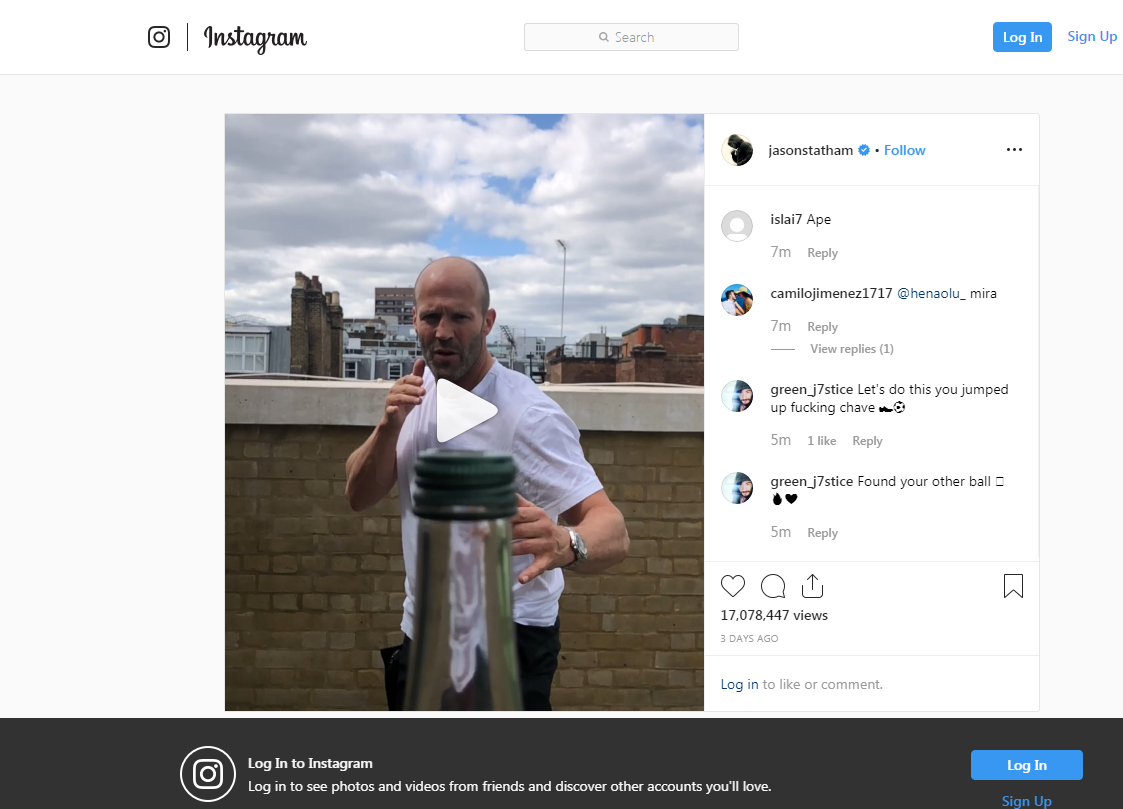 Pakistani Super star Mehwish Hayat who’s been quite fierce when it comes to undue criticism thrown her way, is the first among our desi celebs who has accepted and completed the Bottle Cap Challenge.

Celebs around the globe have been challenging each other to the Bottle Cap Challenge, which involves kicking off a bottle cap in one go.

Mehwish Hayat was extremely pleased at her completing the challenge.