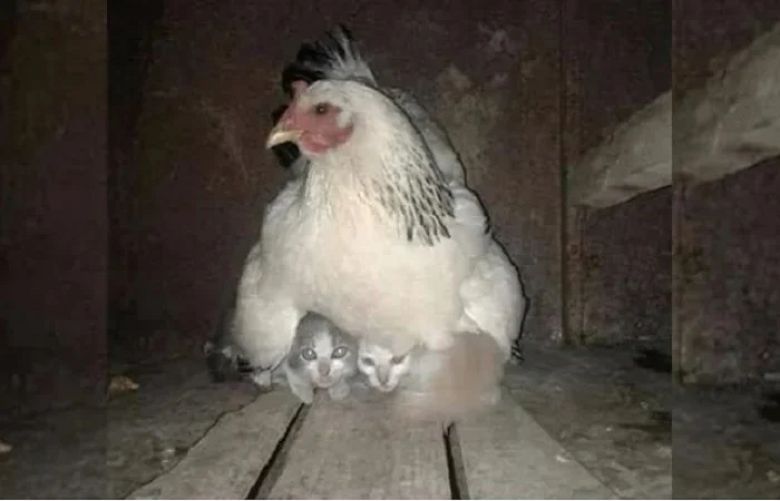 In a heart-touching event, a hen was pictured protecting and taking care of kittens, reportedly scared during a storm, by covering them with her fur and wings.

She can be seen fully hugging them with her body while they squirm in her warmth. As the picture went viral on social media, it gained significant traction from users across the globe.

A hen taking care of frightened kittens during a storm.. ? pic.twitter.com/f6osykKBnk

Some users pointed out how animals were better than humans. "Animals are so much more compassionate than people," said another.