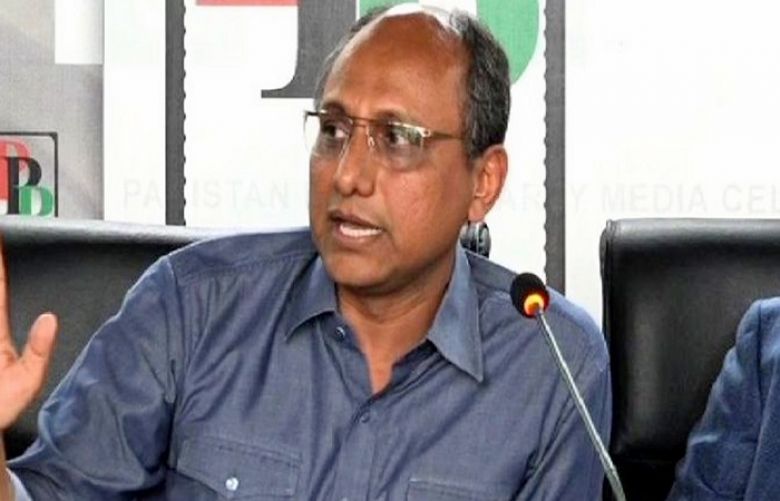 Sindh government has decided to promote all students studying in classes 1 to 8 on the basis of their previous results, provincial education minister Saeed Ghani announced on Tuesday.

Addressing a press conference here in Karachi, Saeed Ghani said schools in the province will not be opened from June 1 and the decision regarding extension in school closure will be announced in coming days.

He said that the federal government’s decision to promote students of Grades 9-12 without holding board exams had some complications, which were also acknowledged by the Centre.

He pointed out that the law pertaining to board exams do not allow the promotion of students who have not appeared. “In order to promote Grade-9-12 students, the law will have to be amended,” Ghani added.

It must be noted that Federal Education Minister Shafqat Mehmood on Thursday announced the cancellation of all board exams across the country as part of measures to contain the spread of COVID-I9.

Speaking after the National Coordination Committee (NCC) meeting in Islamabad, he said that it has been agreed in the meeting that all educational institutions across the country will remain closed till July 15.

“All board exams have been cancelled and students of class 9th, 10th, 11, and 12 will be promoted for the next grade on the basis of results obtained in the previous class,” he added.

Earlier on May 11, All Private Schools Management Association chairman has denounced the federal government’s order to halt academic activities in education institutions till July 15 due to coronavirus pandemic.

Syed Tariq Shah said in his statement that private schools have rejected the decision of the federal government to shut education institutions till July 15.

He asked the federal authorities to grant permission to the private education institutions after devising standard operating procedures (SOPs).