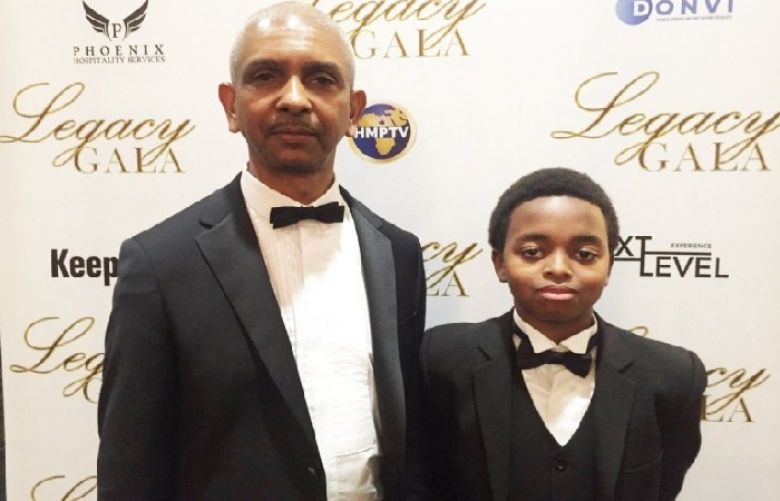 Now 13 years old, the young scholar who has dreams of becoming a neurosurgeon was recently listed in the top 30 most remarkable people in the world with Autism who have impacted society.

Living with high-functioning autism, Joshua Beckford, the child prodigy from Tottenham was, at the age of six, the youngest person ever to attend the prestigious Oxford University.

He received a certificate of excellence after getting distinctions in all his courses which were part of an online learning platform for gifted children. Now 13 years old, the young scholar who has dreams of becoming a neurosurgeon was recently listed in the top 30 most remarkable people in the world with Autism who have impacted society.

At just 10 months old, Joshua Beckford’s father, Knox Daniel, discovered his son’s unique learning capability while he was sitting on his lap in front of the computer.

With the keyboard being the child’s interest, Daniel said: “I started telling [Joshua] what the letters on the keyboard were and I realised that he was remembering and could understand. So, if I told him to point to a letter, he could do it… Then we moved on to colours,” Daniel added.

“Since the age of four, I was on my dad’s laptop and it had a body simulator where I would pull out organs,” said Beckford.

In 2011, his father became aware of a programme at Oxford University that was specific aimed at children between the age of eight and thirteen.

To challenge his son, Knox Daniel wrote to Oxford with the hopes of getting admission for his child even though he was younger than the age prescribed for the programme.

Fortunately, Beckford was given the chance to enrol, becoming the youngest student ever accepted.

The young Beckford was too advanced for a standard curriculum, so he was home-schooled. Having a keen interest in the affairs of Egypt throughout his studies, the young prodigy is working on a children’s book about the historic and ancient nation.

Being one with high-functioning autism, the young child helps to highlight the challenges minority groups face in their attempt to acquire autism support and services

The youngster also raises funds for three autism charities (two in Africa and one in the U.K.) and is celebrated for his campaigns to save the environment. He recently wrote the poem Saving Mother Earth at the TEDx International Conference in Vienna.

Described as one of the ‘most brilliant boys in the world’, Beckford also designs and delivers power-point presentations on Human Anatomy at Community fund-raising events to audiences ranging from 200 to 3,000 people.

For a super scholar whose brain is above most of his peers and even most adults, Beckford, according to his father, “doesn’t like children his own age and only likes teenagers and adults.

“Parenting a child with high-functioning autism comes with its own challenges,” his father added.

He is, however, proud of his son’s achievements and believes he has a bright future ahead.