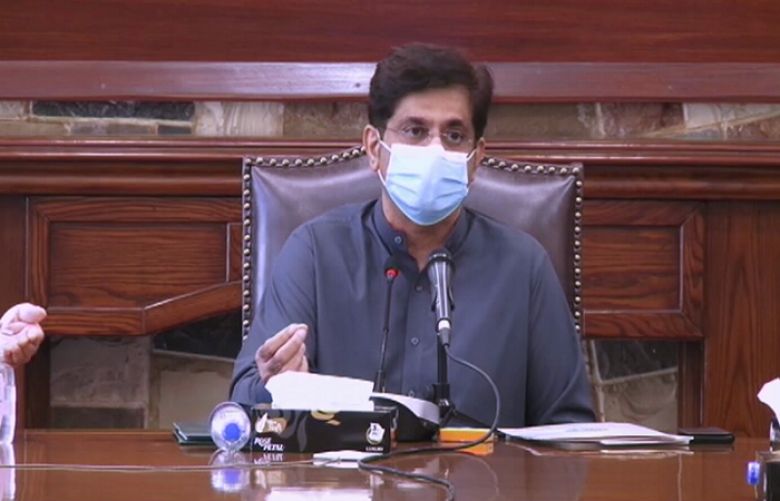 Sindh Chief Minister Syed Murad Ali Shah said on Friday that schools across the province would remain closed for one more week.

The chief minister's announcement comes after Sindh Education Minister Syed Sardar Ali Shah had announced on Tuesday that schools across the province would open from August 23 (Monday).

Addressing a press conference in Karachi, CM Shah said: "At this time we will not open schools for one more week. We want that in this one week the school teachers and parents of students get vaccinated."

He said school staff would have to get 100 per cent vaccinated and parents would also have to show their vaccination certificates. "Following this regime, we will open schools next week," he said.

CM Shah declined to provide further details and said the education minister would better brief on the matter.

The Sindh government had closed schools across the province on July 24 due to the rising number of Covid-19 cases although it had said that exams would take place according to schedule.

During the presser, asked whether he had raised the issue of Covid vaccine booster shots for fully vaccinated people with the federal government, CM Shah said he had met the World Health Organisation's country head and the primary concern at the moment was to administer first or second doses to the population.

"If doctors or health practitioners say that now it is necessary to administer boosters otherwise their protection will finish, then the government will have to decide," he said.

The chief minister was also asked about the government's preparations to deal with a possible influx of Afghan refugees in the wake of the Taliban seizing control of Afghanistan. He replied that according to Interior Minister Sheikh Rashid, no refugees would be able to come and the situation at the borders was normal.

"We have sympathy with refugees but not at the cost of our own people or any law and order situation in our province or country. It is the responsibility of the Centre to make arrangements for genuine refugees at the border."

He said he had instead heard that refugees were returning, hailing it as a positive development. The chief minister said the government was keeping a "strict watch" on the situation, instructions had been issued to the home department and the police and he was regularly reviewing the issue.