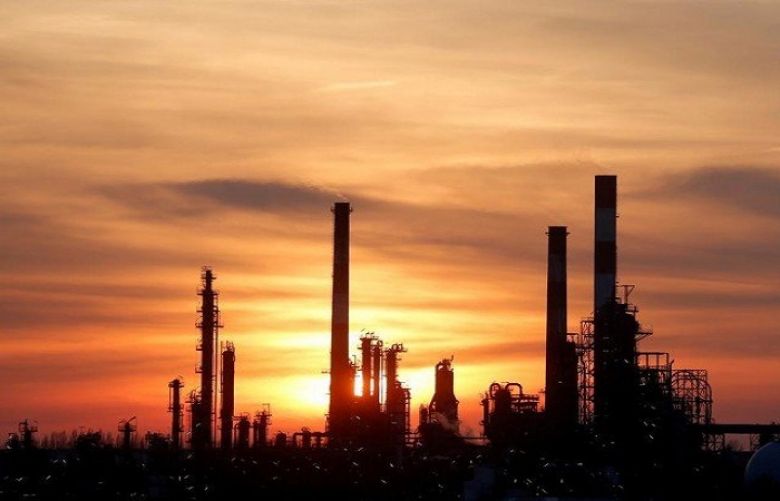 Oil prices fell on Tuesday, weighed down by a stronger dollar and oversupply concerns after it was announced that a trio of Gulf producers would end voluntary output cuts.

A “slightly stronger US dollar… is weighing on crude prices. Also the prospect of higher production from Saudi Arabia, Kuwait, the UAE and Oman in July is not helping prices as well,” UBS analyst Giovanni Staunovo said.

The Organisation of the Petroleum Exporting Countries (OPEC), Russia and other producers, a grouping known as OPEC+, on Saturday agreed to extend record output cuts of 9.7 million barrels per day (bpd) until the end of July.

Saudi Arabia, however, later said it, Kuwait and the United Arab Emirates (UAE) would not extend cuts of 1.18 million bpd they are currently making on top of that OPEC+ target.

As for the OPEC+ pact, de facto OPEC leader Saudi Arabia has called on participants to ensure they comply with their promised cuts.

Azerbaijan said on Tuesday it has fulfilled its obligations with its compliance at more than 98% in May. Kazakhstan said it had exceeded its May quota but would compensate for that in coming months.

There are also some concerns that recent signs of improving demand could prompt higher non-OPEC supply.

“Healthy price levels can bring unrestricted production back from other countries, such as the United States and Canada… And if production rises there, prices will of course take a hit,” said Bjornar Tonhaugen, head of oil markets at Rystad Energy.

Goldman Sachs raised its 2020 forecast for Brent to $40.40 per barrel and WTI at $36 but warned that prices would likely pull back in the coming weeks due to demand uncertainty and inventory overhang.

Prices found some support earlier in the session after Libya’s National Oil Corporation told employees to shut its Sharara oilfield just hours after maintenance operations started as an “armed force” had entered the site.