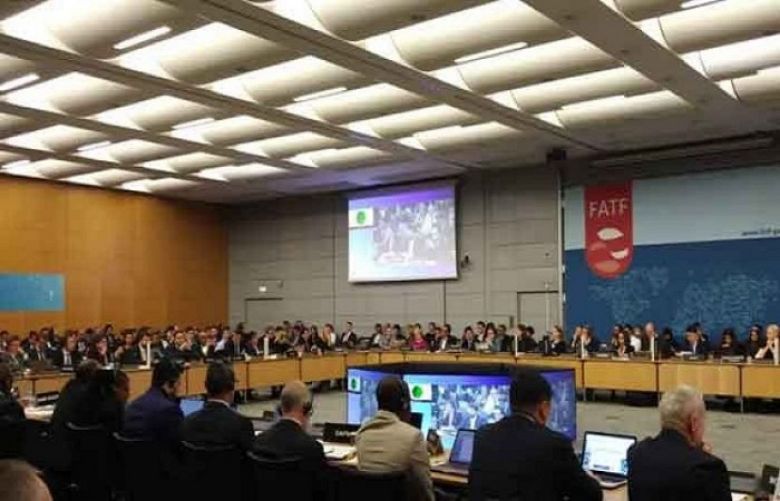 Pakistan’s actions against money laundering and terror financing received applaud at the Financial Action Task Force (FATF) meeting in Paris on Wednesday, eliminating the concerns of being dragged to the global body’s blacklist.

According to the sources, Pakistan is currently on the grey list of the FATF and there would be no voting on removing the country from it as the grey list is enacted for a country for a period of two years.

“Another review of Pakistan’s implementation on the 27 targets will be held at the anti-money laundering forum in October 2020,” they said.

The sources said that India’s bid to drag Pakistan into the blacklist of the FATF was foiled and the member states of the body applauded the country’s efforts towards implementing on their recommendations on the 14 out of a total of 21 targets.

During the review process, the member states remained satisfied over the actions taken by the State Bank of Pakistan (SBP), Security and Exchange Commission of Pakistan (SECP), Federal Board of Revenue (FBR) and Financial Monitoring Unit (FMU).

“The FATF also expressed its satisfaction over the working of NACTA along with the steps taken towards carrying out legislation against the smuggling of dollars from the country.”

Pakistan enjoyed the support of friendly countries including Turkey, China, Malaysia and others along with receiving applaud on actions from Singapore, Holland, Hong Kong, Canada and United States, France, Japan, Saudi Arabia, United Kingdom and others.

It is pertinent to mention here that that the support of at least three member states is needed to avoid blacklisting at the FATF.

Pakistan has assured the forum of completing the scrutiny of all welfare organizations working countrywide and bringing improvement in the working of NACTA, they said.