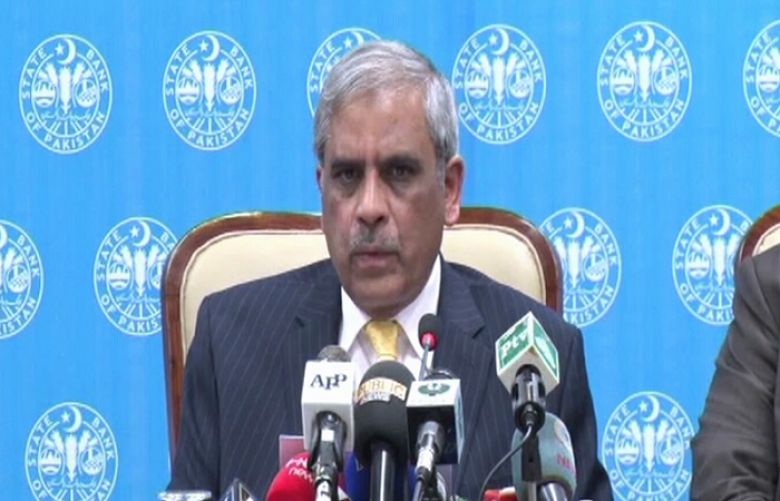 State Bank of Pakistan (SBP) Governor Tariq Bajwa on Thursday announced a 25 basis point increase in the policy rate, bringing it to 10.25 per cent effective from Feb 1.

Bajwa explained that the Monetary Policy Committee had noted that the impact of the government's stabilisation measures were "gradually unfolding', and that consumer confidence had improved amidst reduced economic uncertainty.

"But the fiscal deficit is yet to show signs of consolidation despite a reduction in Public Sector Development Programme spending," the SBP chief said.

"A marked shift in the pattern of government borrowing from scheduled banks entails inflationary concerns," he explained, adding: "Even as stabilisation measures gradually work through the economy, underlying inflationary pressures persist."

Bajwa said that although a marginal increase in exports and healthy growth in remittances had helped contain the current account deficit, "it still remains high".

"The financing of the current account deficit nevertheless remained challenging as foreign direct investment, private loans, and official inflows were insufficient to completely finance the deficit," he added.

"Thus, a significant part of the current account deficit was managed by using the country's own resources, which reduced the State Bank's net liquid foreign exchange reserves to $7.2 billion by end of Dec 2018," the central bank chief explained.

"Based on the above, and after detailed deliberations, the MPC decided to raise the policy rate by 25 basis points to 10.25pc effect from Feb 1, 2019," Bajwa said.