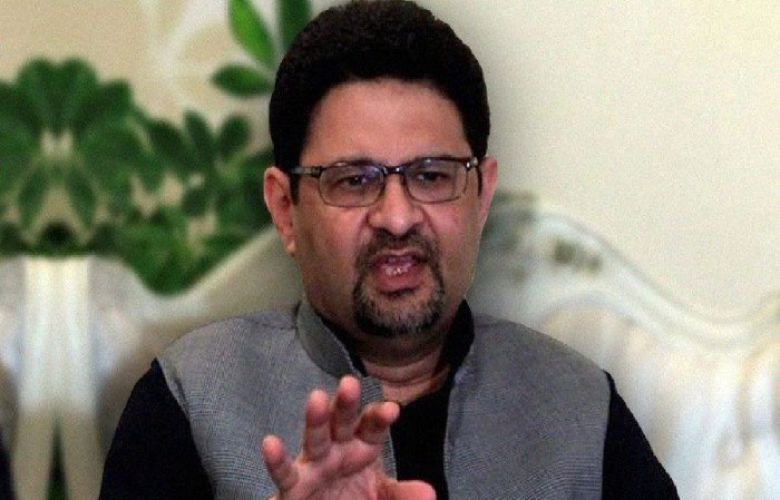 As the Pakistani rupee continued its downward streak against the greenback, Finance Minister Miftah Ismail on Saturday vowed that the government would take all possible measures to stabilise the local unit and the foreign currency market.

Presiding over a meeting of the heads of major exchange companies, Miftah Ismail expressed the firm resolve of the government to ensure stability in the foreign currency market.

"The government is committed to take all possible measures to keep rupee vis-a-vis the dollar stable without interfering into market mechanism," he added.

State Bank of Pakistan (SBP) deputy governor and senior officers were also among the attendees of the meeting.

The exchange companies presented a number of proposals to stabilise the forex market and to improve the foreign exchange position in Pakistan.

"It was proposed that the exchange companies should be facilitated to increase the flow of home remittances to Pakistan," a statement said. "They suggested measures to curb the outflow of foreign exchange from Pakistan through informal channels."

The exchange companies assured that if the measures were implemented, there would be appreciation and stability in the value of rupee.

The finance minister assured the participants that all possible steps would be undertaken to protect and strengthen the economy of the country, which would result in improving the rupee value.