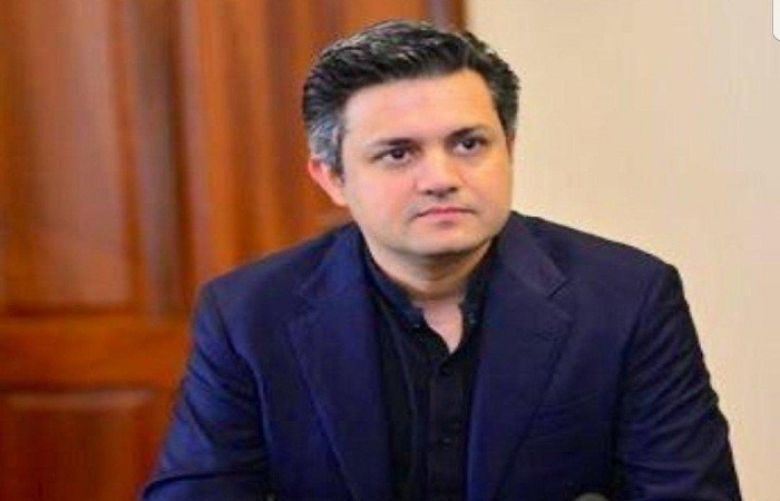 Federal Energy Minister Hammad Azhar has reassured that the economic conditions of Pakistan, though serious at present, are "somewhat better" in comparison to other countries of the world, "thanks to the policies of the government".

"The hike in inflation was not caused by any failure or misplaced policy of the government. But the people who looted the country for 30 years will not tell that the whole world is beset with an overwhelming wave of inflation owing to the Covid-19 pandemic," the minister said addressing a gathering after the inauguration of development works in the Samanabad area of ​​Lahore on Saturday.

"However, it is thanks to [the] better policies of the incumbent government that business activities have increased in the country," Azhar continued.

The minister criticised the former rulers, saying they left the economy in such poor condition that they believed it will not be manageable by any succeeding government. However, the PTI-led government not only saved the economy from going bankrupt but is also eyeing to take the country on a progress path with historic GDP of 5 to 6%, Azhar vowed.

The minister hoped that inflation will plummet this year, saying, "I believe the pressure in the world market will soon give way and immediately afterwards, the prices in Pakistan will also come down." He said the government is committed to giving the people a better and economically strong Pakistan.

Hammad Azhar said Pakistan will have a phenomenal yield of cotton, sugarcane, wheat and rice crops this year.

The energy minister said that since the outbreak of the COVID-19 pandemic, the global economy has been badly impacted but the government has taken steps to stabilise the economy. The whole world appreciated Pakistan's policy during the pandemic, he said.

Pakistan is one of three countries that were least affected economically by the COVID-19 pandemic. Despite possessing insufficient resources, the government managed to get through the coronavirus waves by keeping the country open, he asserted.

The government doled out Rs200 billion among the poor under the Ehsaas programme. Thirdly, he said, the government is issuing the Insaf Sehat card worth Rs1 million to every family in Punjab for free medical treatment at hospitals - both private and public - every year.

The minister called upon the public to not allow anyone with political gimmicks to cover up their 40 years of corruption and inefficiency.