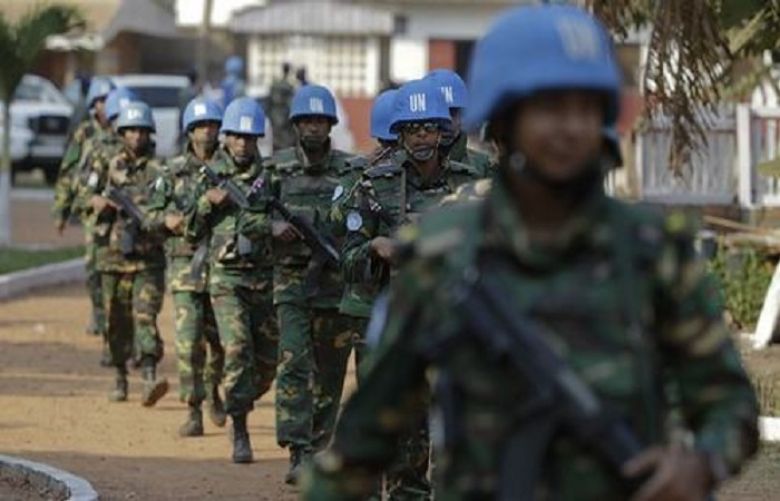 China's Permanent Representative to the UN Zhang Jun informed UN Secretary-General António Guterres on Monday that China will donate 300,000 doses of COVID-19 vaccines to United Nations peacekeepers, with priority given to peacekeeping missions in Africa.

The Chinese Permanent Mission to the UN said that China is fulfilling its promise to make its vaccines a global public good and contribute to vaccine availability in developing countries.

The mission said in a statement that the move is another step toward making China's vaccines a global public good. It also demonstrates China's firm and continuous support to the UN and multilateralism.

"As one of the champions of (the) safety and security issue under the "Action for peacekeeping" (A4P) initiative of the UN Secretary-General, China attaches great importance to the safety and security of peacekeepers, and supports early COVID-19 vaccination for UN peacekeepers to protect their health and help them better perform their duties," it added.

The mission said the Chinese government will work closely with the UN Secretariat to make vaccines donated by China available to the peacekeepers at an early date.

The fight against the COVID-19 pandemic is the most pressing task facing the world today, and vaccines are the most powerful weapon to win the battle, the mission said.

The mission stressed that China attaches great importance to the equitable distribution of vaccines, especially the accessibility and affordability in developing countries.

As of Monday, China had provided vaccine assistance to 69 countries and two international organizations. It also has exported vaccines to 28 countries, the mission noted, adding, "more and more countries and people are benefiting from China's vaccines".

"China will continue to work in solidarity with countries around the world to make unremitting efforts to win the final victory of the global fight against the pandemic," the mission added.

According to data from the UN, as of Jan 31, there were 85,782 UN peacekeepers comprising military, police and civilians, serving in 12 peacekeeping operations, six of those in Africa. More than 71,000 peacekeepers are deployed to the continent.

According to the UN, 2,465 Chinese troops and police are currently serving in UN peace operations.

China also has been a strong supporter of global vaccine distribution, shipping large number of its vaccines to countries such as Mexico, Hungary, Congo, Bahrain and Chile.

Mexico turned to China to fill a vaccine shortfall with an order of 22 million doses. Mexican officials made the decision a week after the Biden administration turned down its request to share the American vaccines with Mexico in the short term.

In the Middle East, Bahrain and the United Arab Emirates (UAE) were among the first countries to approve the Chinese vaccine.

The UAE conducted a clinical trial with 31,000 participants on Sinopharm and announced that the vaccine was 86 percent effective in a phase-three trial.