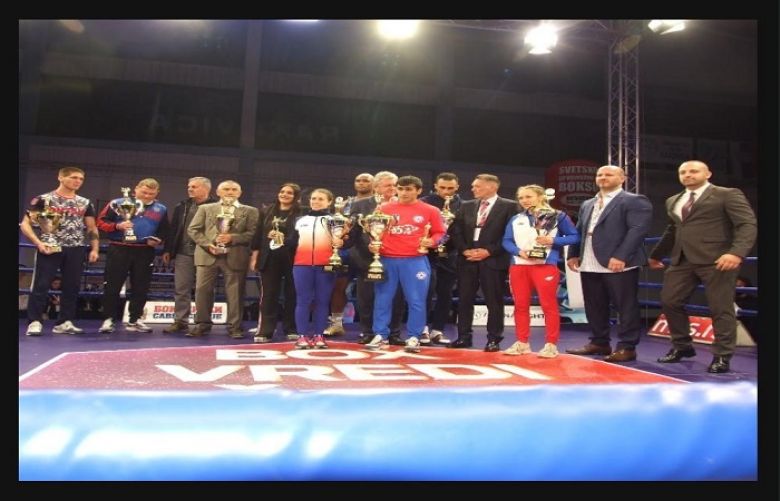 The men’s finals of the Belgrade Winner Tournament 58th edition were also concluded in the capital city of Serbia.

The Belgrade Winner Tournament returned to the boxing map after a two years break, and the host nation’s new pride European U22 Champion Vakhid Abasov, won the title of the welterweight (69kg) and the Best Men’s Boxer Award.

Belgrade will be hosting the AIBA Men’s Elite World Boxing Championships at the end of this year. Therefore, there was a significant interest for the National Federations to attend the Belgrade Winner Tournament. Altogether 35 nations, from 4 Confederations sent 208 boxers to the Belgrade Winner Tournament which is traditionally held in April every year.

The competition was also hosted with the same COVID-19 protocols and safety measures as the AIBA Youth World Boxing Championships in Kielce.

European U22 Champion Vakhid Abasov claimed the gold medal for Serbia Vakhid Abasov obtained the gold medal at the 2019 EUBC European U22 Boxing Championships in Vladikavkaz, and he moved up in the Russian elite national rankings step by step. The welterweight (69kg) boxer decided to switch to Serbia last year, and he represented his new nation in the previous international tournaments.