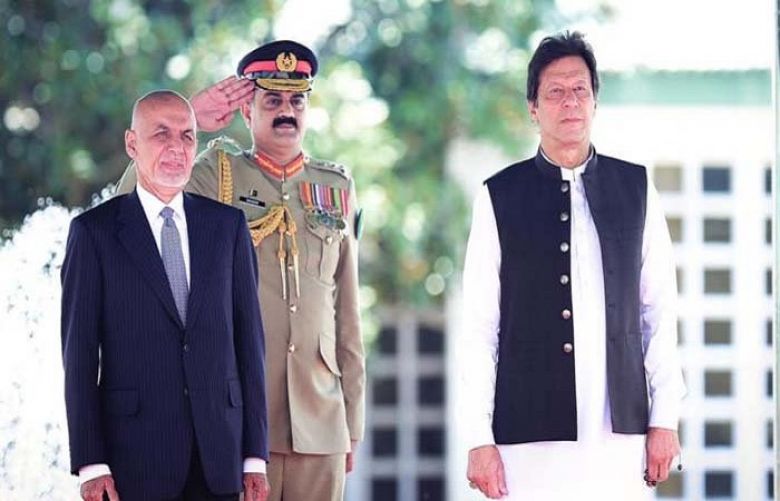 The Afghan president, who is in the country on a two-day official visit on the invitation of Prime Minister Imran Khan was given a guard of honour on arrival at the PM House.

During the meeting, PM Imran and the Afghan president discussed regional security and the ongoing peace process.

The Afghan president is accompanied by a high-level delegation comprising key ministers and senior officials.