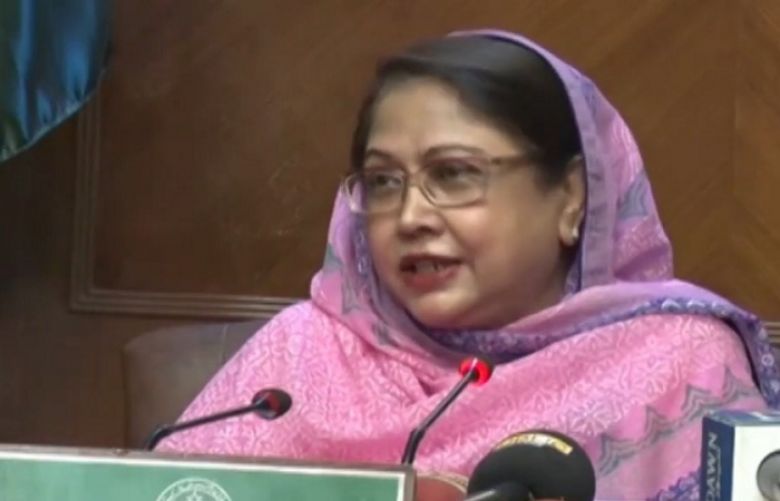 People’s Party leader Faryal Talpur on Monday said she is innocent and fighting a legal battle along with his brother.

The PPP Sindh leader was talking in a press briefing after chairing a meeting of Sindh Assembly’s standing committee for home department.

The home secretary briefed the committee on the law and order situation in the province during the meeting, she said.

The committee has urged the government to take action against illegal sale of moonshine (liquor) and Gutka (chewing tobacco preparation) in the province. She said that the moonshine even being sold in the holy month of Ramazan.

The committee has also directed the officials to take steps to curb the sale of Gutka across the province.”Gutka is a cause of cancer,” she said.

I.G. Sindh will also be invited in the next session of the standing committee, she further said.

Replying a question about National Accountability Bureau (NAB) cases against her Faryal Talpur said that she has fulfilled all legal requirements and she was unaware about any step for her arrest. She expressed hope of justice from courts.

Talpur said she held the office of District Nazim twice and nothing found against her during that period. “We attend every hearing of court and believe that we didn’t commit any crime,” she said.

Faryal Talpur, however, said ‘no comment’ over the Chairman NAB video tape leak.