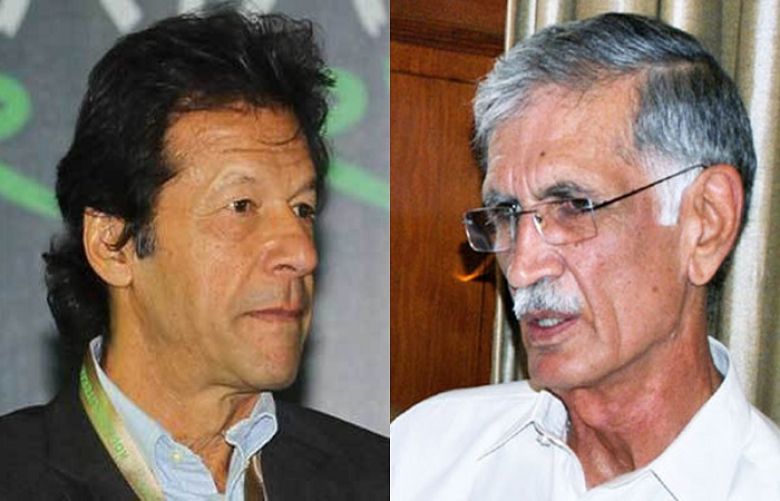 Defence Minister Pervez Khattak has criticised Prime Minister Imran Khan during the parliamentary party meeting before a key vote on the mini-budget.

The altercation stemmed from the issue of the gas shortage in Pakistan especially in the Khyber Pakhtunkhwa province.

Khattak first exchanged words with Energy Minister Hammad Azhar and walked out of the meeting in protest.

The PM sent Ali Zaidi and Murad Saeed to bring Khattak back, but after coming back Khattak exchanged words with Imran.

The defence minister said that Khyber Pakhtunkhwa province produced electricity and gas but was still facing a shortage.

“It is us who got you elected as prime minister,” he reportedly told Imran Khan.

Khattak said he and other leaders like him had to face voters and if the technocrats did not change their behaviour, people would not vote for the PTI.

He also criticised Finance Minister Shaukat Tarin, telling him that he was not a representative elected by a popular vote. “We come through people’s vote and we are answerable to them.”

Speaking to journalists outside the meeting room, Khattak denied that he had an altercation with “anyone”. However, he did say that he demanded his rights.

“I only talked about my rights.” Khattak said he left the meeting to smoke a cigarette.