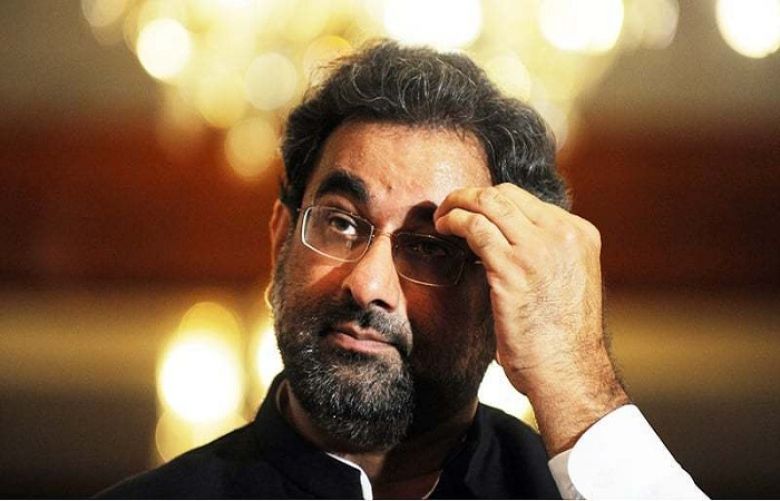 Former prime minister and senior PML-N leader Shahid Khaqan Abbasi addressed the media outside the Parliament House on Wednesday and said that the country will not recover from crises until "electoral fraud" is eradicated.

While talking to the media, Abbasi criticised the government for failing to cut off its expenses and increasing the income of people, adding that the mini-budget has failed completely.

The leader further said that the mini-budget will be passed if the majority stands with the government's decision.

“The Opposition says that the mini-budget will have detrimental effects on the people and this country,” he added.

He said that if the government and its allies will vote in favour of this budget, how will they deal with the consequences, adding that government functionaries and allies "are also worried about going back to their constituencies after endorsing the mini-budget".

“An institution has to decide whether the country will move forward,” he said, adding that the country must be run according to the Constitution.

He further said that there is an interference of unconstitutional elements in the system and it has “nothing to do with [political personalities]”.

The PML-N leader said that the electoral rigging will not allow the country to recover and that the PTI-led government has put the country into the worst economic crisis.

In response to a question, Abbasi said that “some of the members of the government are in touch with the Opposition.”