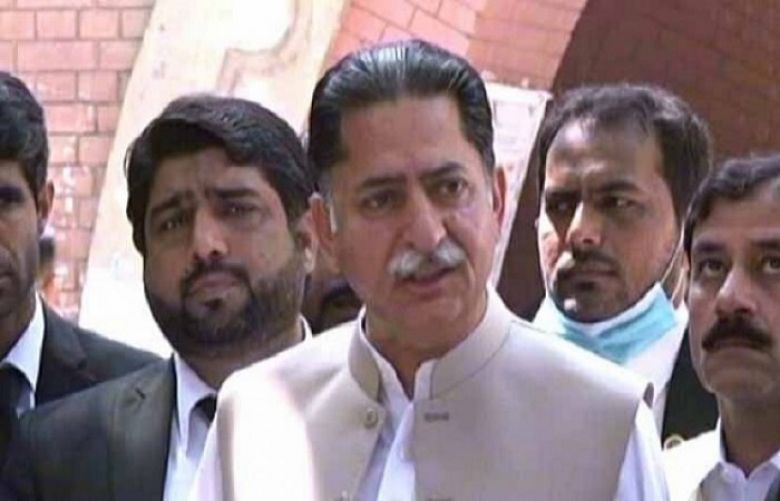 A Lahore Sessions Court on Wednesday granted bail to the member of the National Assembly (MNA) and PML-N leader Javed Latif in a sedition case.

Javed Latif was arrested on April 27 after the public prosecutor requested the sessions court to revoke Latif's release on bail.

After Latif's interim bail was dismissed, the police arrested him from the courtroom.

Today, however, Additional Sessions Judge Hafeez-ur-Rehman heard the application and approved the bail, with a condition that he submits bail bonds worth Rs200,000.

The sessions court reserved the judgment today and announced it later in the day.

Javed Latif's post-arrest bail hearing has been held a total of four times since his arrest on April 27.

In March, Latif had made a controversial comment which was deemed "anti-Pakistan" by the government, and a case was registered against him.

Latif had said that if anything happens to PML-N Vice President Maryam Nawaz, "PML-N will not say Pakistan Khappay (we want Pakistan)", unlike Zardari, who had used those words after Benazir Bhutto was assassinated.

PML-N Vice President Maryam Nawaz welcomed the development and said Latif's political stature had boosted after his arrest and the troubles he went through in the last few months.

"Truth and bravery are the only ways to achieve success," she added.