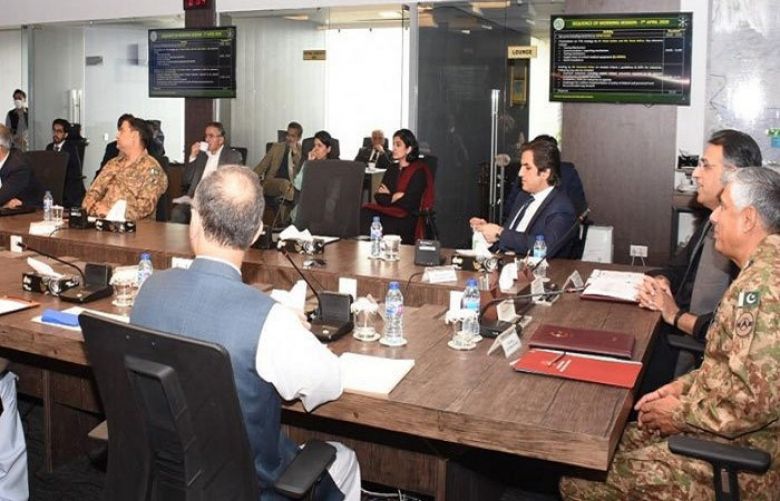 The Ministry of Interior announced fresh restrictions across the country on Tuesday, which includes a complete ban on tourism from May 8-16.

A meeting of the National Command and Operation Centre (NCOC) was held today (Tuesday) where important decisions were taken by the body.

A press release issued by the ministry announced that the NCOC had decided to ban tourism from May 8-16. "Closure of tourist resorts, public parks and hotels in / around tourist spots to remain closed," read the press release.

The NCOC announced a ban on inter-provincial and inter-city transport will also remain during the Eid holidays however, the people of Gilgit-Baltistan will be allowed to travel back to their areas during the holidays.

"Travel nodes leading to tourist spots [will also remain] closed; focus on [the areas of] Murree, Galiyat, Swat-Kalam, Sea View/beaches and the Northern Areas [will remain]," stated the press release.

The press release said the NCOC had decided that a continuous supply of electricity during the Eid will be provided to the masses.
Like other government officials who have spoken on the matter recently, the SAPM on Health Dr Faisal Sultan once again warned that a lockdown could be imposed in different cities if the coronavirus situation does not improve.

The prime minister's aide on health said the NCOC reviews the coronavirus situation daily and receives an update on the situation of the health system in various cities. He added that the healthcare system's capacity was increasing daily.

Regarding oxygen supply, the de facto health minister of the country said that a committee of the NCOC is monitoring oxygen distribution and the plants producing the vital gas. He added that the government can also import oxygen from various countries if need be.

He urged the people to wear masks and observe social distancing and appealed to the public to observe Eid with simplicity this year.
The minister's appeal comes as Pakistan battles a severe third wave of COVID-19.

According to the government's database for tracking the spread of coronavirus, Pakistan conducted 43,981 COVID-19 tests out of which 4,487 returned positive.

With 142 new fatalities, the total coronavirus death toll in Pakistan has reached 17,329. The highest death toll in the last 24 hours was reported in Punjab, which saw 107 new deaths.

The country's average positivity rate has risen to 10.2% with 87,794 active cases, while the number of recoveries nationwide has reached 699,816 so far.

In order to mitigate losses incurred from intensifying the third wave of coronavirus, the government has also placed a number of restrictions restricting social activity and limiting public mobility.