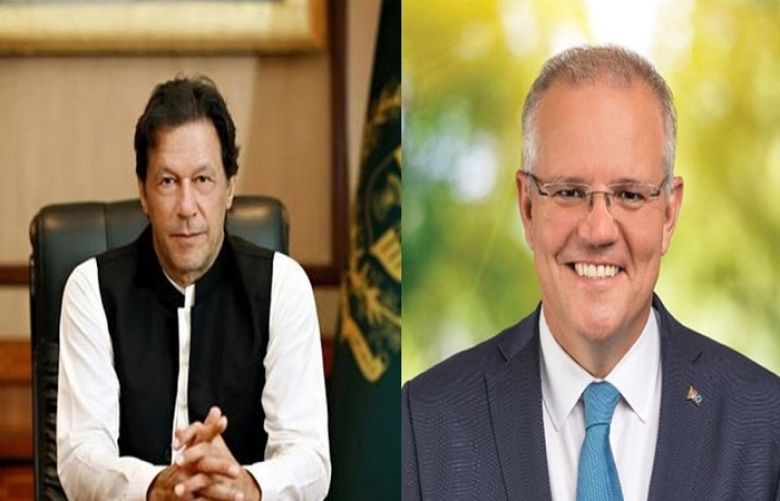 Prime Minister Imran Khan in a telephonic conversation on Monday with his Australian counterpart Scott Morrison expressed his wish to commence a cricket series between the two countries while they deliberated over the mutual relations.

The two leaders discussed at length the global situation in the backdrop of the pandemic COVID-19 and mulled over the ways to control its spread and adverse effects.

The prime ministers talked about the economic woes aggravated by COVID-19 outbreak and discussed augmenting the mutual cooperation between the countries by investing in the sectors of common interest.

PM Khan assured his counterpart of the number of economic sectors where the potential to enhance mutual collaboration is very likely.

The Pakistani premier said with the situation on the ground recovering with pandemic control, the revival of cricket can be considered between Australia and Pakistan as well which will aid in fostering strong ties.

Moreover, PM Imran Khan further enlightened his counterpart on the contribution of Pakistan in the Afghan peace process, as underway via Intra-Afghan peace talks in Qatar, and underscored the critical importance, for the entire region, of these talks to materialize.

The Pakistani head of state elaborated on the importance of Afghan peace talks particularly for Pakistan as well. He noted the projected surge in trade and business once the situation is peaceful and hoped for better communication amongst the regional states following the peace has established.

Concluding the conversation both the premiers, Imran Khan and Scott Morrison, invited each other over for a visit in their country.