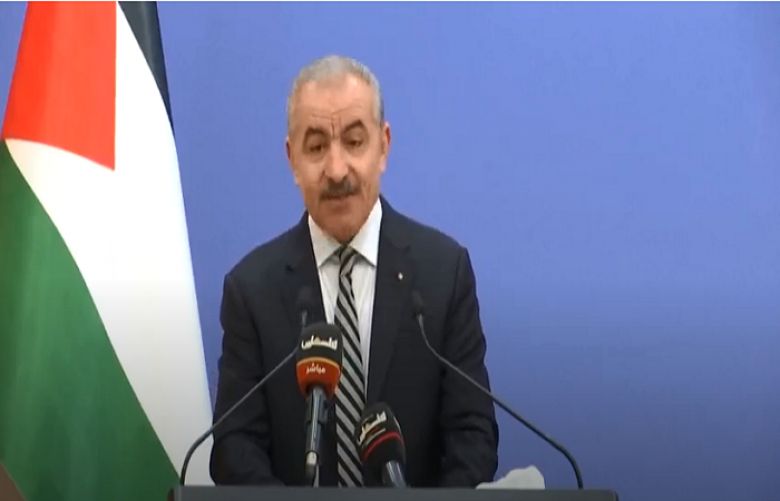 Palestinian Prime Minister Mohammad Shtayyeh has denounced a recent agreement between the United Arab Emirates and Israel to open formal diplomatic ties as Abu Dhabi’s total departure from the Arab consensus over the resolution of the Palestinian issue.

Speaking at the start of a weekly cabinet meeting in the central occupied West Bank city of Ramallah on Monday, Shtayyeh slammed the pact as a blatant departure from the Arab consensus that any normalization of ties with the Tel Aviv regime has to come in the context of resolution of the Israeli-Palestinian conflict and an overall peace deal, Arabic-language Donia al-Watan online newspaper reported.

Israel and the UAE on August 13 reached a deal that will lead to full normalization of diplomatic relations between the two sides, in an agreement apparently brokered by US President Donald Trump.

“Talking about Palestine and what it either accepts or rejects is an entirely Palestinian affair," he added.

He also said the "expansion of UAE’s arsenal with US-made weapons should not come at the expense of al-Quds and Palestine."

Meanwhile, Abbas Zaki, a member of the central committee of the Palestinian Fatah movement, said that Abu Dhabi's decision to normalize relations with Israel contradicts the UAE constitution.

He added, “The UAE law prohibits, imposes penalties and orders imprisonment for those who praise Israelis.”

Zaki then described bin Zayed's move as “the beginning of the New Middle East project.”

He added that the normalization agreement “contributed to the collapse of the international front that rejected Israeli plans to annex Palestinian territories [in the occupied West Bank], and to the non-recognition of Palestine as a state by 25 countries.”