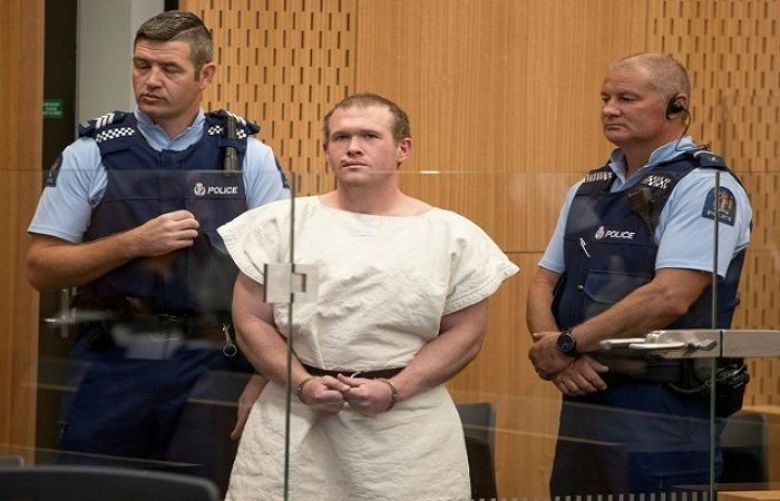 An Australian white supremacist who was convicted of murdering more than 50 Muslims in the New Zealand mosque shooting, will be sentenced next month, court documents revealed Friday.

Far-right extremist Brenton Tarrant was convicted in March of 51 murder charges, 40 of attempted murder and one of terrorism, after dropping his previous not guilty plea.

At the time, New Zealand was in COVID-19 lockdown, meaning surviving victims and families of the slain could not attend court to see him sentenced.

The South Pacific nation has since contained the virus, allowing social distancing rules to be suspended, which High Court judge Cameron Mander said cleared the way for Tarrant to be sentenced on August 24.

"Now, in the absence of community transmission of the COVID-19 virus in New Zealand, our courts have returned to normal operations," Mander said in a judicial minute released Friday.

"The public and, importantly, victims and their families living in New Zealand can attend court sittings."

He said three days had been set aside for the sentencing but added "the hearing will take as long as is necessary".

New Zealand does not have the death penalty but Tarrant, a former gym instructor from the Australian country town of Grafton, faces the prospect of spending the rest of his life behind bars.

The terror and murder charges all carry life sentences, setting a minimum non-parole period of 17 years but giving the judge power to imprison without the possibility of release.

Mander acknowledged that some victims and support people based overseas wanted sentencing delayed so they could attend in person, but pointed out that borders were likely to remain closed for a long period.

"In the meantime the proceeding will continue to drift. That is an unsatisfactory situation," he said.

The judge said livestream links could be set up for those based overseas to give victim impact statements.

He said many other victims were finding the lengthy court case "exhausting and frustrating" and wanted it to come to an end.

"They wish sentencing to happen as soon as realistically possible," he said.

"Finality and closure is considered by some as the best means of bringing relief to the Muslim community."

Tarrant armed himself with an arsenal of semi-automatic weapons and attacked the Al Noor mosque first, before moving on to the Linwood prayer centre, livestreaming the killings as he went.

His victims were all Muslim and included children, women and the elderly.

In a rambling manifesto posted online before the killing spree, Tarrant said he had moved to New Zealand with the specific aim of conducting an atrocity against Muslims.