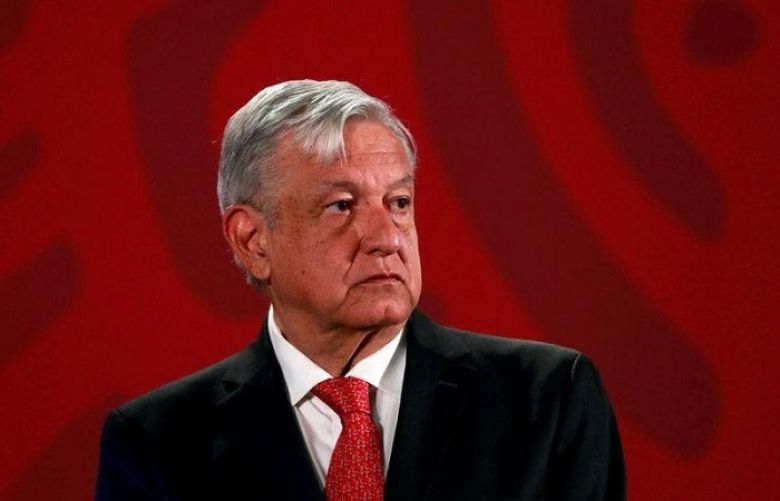 Mexico’s president on Thursday said an upcoming meeting with his U.S. counterpart Donald Trump was a matter of economic necessity even as diplomats questioned the wisdom of making his first foreign visit to a man widely reviled by Mexicans.

President Andres Manuel Lopez Obrador will visit Trump in Washington to usher in a new trade deal four years after his predecessor Enrique Pena Nieto was pilloried for hosting the American during the 2016 U.S. presidential election race.

Mexico sends 80% of its exports to the U.S. marketplace and receives billions of dollars in remittances from some 35 million people of Mexican origin in the United States. Trump has used both as leverage to pressure Mexico to curb illegal immigration.

Lopez Obrador, who has suggested the meeting could take place in early July, has striven to stay on good terms.

“It’s a relationship of friendship, and it’s an indispensable economic and commercial relationship,” Lopez Obrador told a regular news conference. “That’s what my journey to the United States is about.”

Lopez Obrador, who has yet to travel outside Mexico since taking office 19 months ago, proposed the idea of a June or July meeting with Trump two months ago but later suggested it would be difficult in person.

That changed this week when Trump announced he was expecting to meet the Mexican president soon.

The thought of him sharing a stage with Trump, who tarred Mexican migrants as rapists and drug runners in his 2015-16 election campaign and vowed to make Mexico pay for his planned border wall, stirs unease among Mexican diplomats.

Agustin Gutierrez, the husband of Lopez Obrador’s ambassador to Washington, Martha Barcena, and himself a former Mexican ambassador, said in an opinion piece on Thursday the visit risked repeating the “disaster” of Pena Nieto’s 2016 encounter.

“What will happen if the press asks Trump, sitting next to the Mexican president in the Oval Office, if Mexico will pay for the wall?” Gutierrez wrote in newspaper Milenio.

Critics say the planned get-together will also give Trump a platform to burnish his credentials with Hispanic voters for his November re-election bid.
“I don’t think it will help Trump a lot, but I think he will certainly use it,” said Andres Rozental, a former Mexican deputy foreign minister.

Lopez Obrador has vowed to stay neutral in the U.S. election and says his visit has nothing to do with it.

He wants to celebrate the July 1 start of the United States-Canada-Mexico Agreement trade deal, and thank Trump for U.S. medical support during the coronavirus pandemic.

Mexico’s government hopes Canada’s Prime Minister Justin Trudeau will join the meeting, but it is not clear he will.

A Canadian government source said Trudeau would look at any invitation and make health and safety the primary consideration in taking any decision to attend during the pandemic.

Under federal health rules, Trudeau currently faces 14 days in quarantine upon returning to Canada if he leaves the country.

A June 20 online survey by polling firm Consulta Mitofsky showed 68% of Mexicans had a negative view of Trump. The Mexican president evidently felt that not meeting Trump was the riskier of the two options, said Roy Campos, head of Mitofsky.

Foreign Minister Marcelo Ebrard, Economy Minister Graciela Marquez and presidential chief of staff Alfonso Romo will join Lopez Obrador, who is flying commercial even though there are currently no direct flights to Washington due to the pandemic.