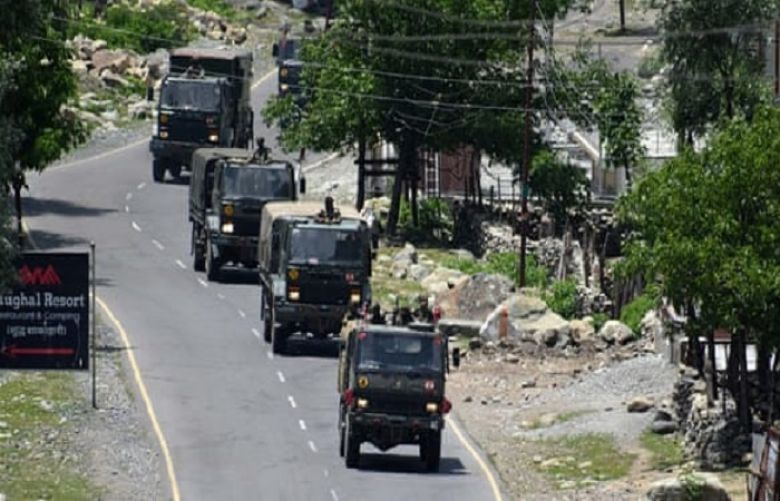 China says the Galwan Valley where Chinese and Indian troops were engaged in a deadly clash falls entirely within its territory, as Beijing blamed New Delhi for the June 15 military clash at the border that left 20 Indian soldiers dead.

Chinese Foreign Ministry spokesman Zhao Lijian said in a statement on Friday that the Galwan Valley, which is part of the disputed Ladakh region, is located on the Chinese side of the Line of Actual Control (LAC) the de facto border between the two Asian rivals.

Zhao accused India of violating the agreement the two countries had reached on June 6 regarding the LAC, calling it a “deliberate provocation” on New Delhi’s part.

He said that “the rights and wrongs … are very clear and the responsibility rests entirely with the Indian side”.

In a series of tweets, Zhao said that Indians had since April unilaterally built roads, bridges and other facilities in the region.

The statement contradicts Indian Foreign Minister Subrahmanyam Jaishankar who had earlier said that the fighting erupted after “the Chinese side sought to erect a structure in Galwan valley on our side of the LAC”.

Indian and Chinese troops have been engaged in an eyeball-to-eyeball standoff at several points on their 3,500km (2,200-mile) border, most of which remains undemarcated, since early May.

On June 15, 20 Indian soldiers were killed in physical fights with Chinese troops in the Galwan Valley close to the disputed Aksai Chin plateau claimed by India.

Soldiers brawled with clubs, rocks and their fists in the thin air at 4,270 metres (14,000 feet) above sea level, but no shots were fired, Indian officials have said. The soldiers carry firearms but are not allowed to use them under a previous agreement in the border dispute.

It was the deadliest clash between the nuclear-armed neighbours in decades, although China has not said whether it suffered any casualties.

According to Zhao, the fight was instigated by Indian front-line soldiers, who “violently attacked” Chinese troops who were in the area for negotiation.

“The adventurous acts of the Indian army have seriously undermined the stability of the border areas, threatened the lives of Chinese personnel, violated the agreements reached between the two countries on the border issue and breached the basic norms governing international relations,” China’s embassy in India said in a statement on Saturday.

Also on Friday, Zhao said China was not holding any Indian soldiers in the Himalayan border standoff between the two countries, but has not directly addressed media reports that China released 10 of them late on Thursday.

“My information is that at present there are no Indian personnel detained on the Chinese side,” Zhao said, according to an English version of his daily briefing posted on the ministry’s website.

Indian officials have denied that any soldiers were in Chinese custody.

Commenting on China’s claim to the Galwan Valley, India’s foreign ministry spokesman Anurag Srivastava said on Saturday “attempts by the Chinese side to now advance exaggerated and untenable” claims over the LAC are “not acceptable”.

“They are not in accordance with China’s own position in the past,” he said in a statement, adding that Indian troops did not cross the LAC and had been patrolling the area “for a long time”.

Srivastava accused China of hindering India’s “normal, traditional patrolling pattern” in the area, which resulted in a “face-off”.

Army officers and diplomats have held a series of meetings to try to end the impasse, with no breakthrough.

In a conversation with his Indian counterpart earlier this week, Foreign Minister Wang Yi called on India to carry out a thorough investigation into the incident and to “severely punish” those who should be held accountable. Yi also called for a cessation of all provocative actions.

However, Prime Minister Narendra Modi appeared to downplay the incident, denying there had been any incursion into Indian territory.

“Nobody has intruded into our border, neither is anybody there now, nor have our posts been captured,” Modi said in a televised speech on Friday, after he spent the day meeting representatives of parties from across the political spectrum in a bid to build consensus to tackle the rising tensions with China.

Nirupama Menon Rao, India’s former foreign secretary, wrote in a post on Twitter that Modi’s statement was moulded by “asymmetry of power with China”.

But the main opposition Congress party’s P Chidambaram has raised questions about the tensions, pointing out that if there was no border intrusion, then the 20 Indian soldiers should not have died.

Indian opposition legislators have also raised the issue of whether intelligence failures had allowed China to build up forces in the area.

“Does the government not receive, on a regular basis, satellite pictures of the borders of our country? Did our external intelligence agencies not report any unusual activity along the LAC?” Sonia Gandhi, the Congress party president, asked on Friday.

Facing heat from the opposition, the Indian government on Saturday said “attempts are being made to give a mischievous interpretation” to Friday’s comments by Modi.

“As regards transgression of LAC (Line of Actual Control), it was clearly stated that the violence in Galwan on 15 June arose because Chinese side was seeking to erect structures just across the LAC and refused to desist from such actions,” the government said in a statement.