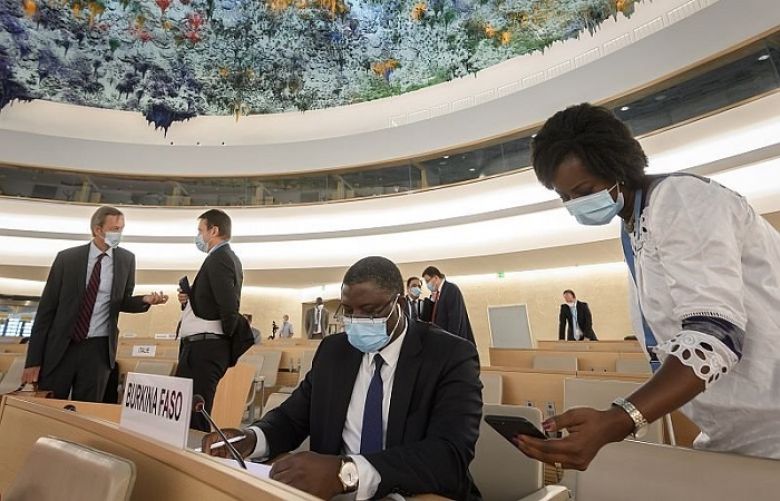 The U.N. Human Rights Council on Friday condemned discriminatory and violent policing after the death of George Floyd in Minneapolis last month and ordered a report on “systemic racism” against people of African descent.

The 47-member-state forum unanimously adopted a resolution brought by African countries. The mandate also asks U.N. High Commissioner for Human Rights Michelle Bachelet to examine government responses to peaceful protests, including alleged use of excessive force, and deliver findings in a year’s time.

Philonise Floyd, the brother of the Black man whose death under the knee of a white officer roused world protests against racial injustice, urged the forum on Wednesday to investigate U.S. police brutality and racial discrimination.

“It is important to show Africa...the Human Rights Council has heard the plight of African and people of African descent calling for equal treatment and application of equal rights for all,” he said.

The Africa group had made numerous “concessions” in the negotiations with other countries, he added.

The text was watered down during closed-door negotiations from an initial draft explicitly calling for a U.N. commission of inquiry on racism in the United States and elsewhere.

“It is absurd that the final resolution passed by the United Nations strips mention of the United States, where police kill people, particularly Black people, at alarmingly higher rates compared to other developed countries,” said Jamil Dakwar of the American Civil Liberties Union (ACLU), which led 600 activist groups in calling for the urgent debate.

“The United Nations needs to do its job — not get bullied out of doing it — and hold the United States accountable,” he said in a statement.

The Trump administration, which quit the forum two years ago alleging bias against its ally Israel, made no immediate comment. U.S. Ambassador to the U.N. in Geneva Andrew Bremberg said on Wednesday that his country was “not above scrutiny” as it grappled with racial discrimination but was implementing police reforms after Floyd’s killing.

During the debate, Western delegations including Australia, Germany, Italy, Poland and the European Union said that the United States should not be singled out.

“This problem does not belong to any one country, it is a problem around the world,” said Australian ambassador Sally Mansfield.

Activists said that Australia had been particularly active in negotiations to take the spotlight off the United States.

Germany’s ambassador Michael Ungern-Sternberg said: “We are convinced a report with a broader approach and less focus on one specific case would have been more appropriate”.