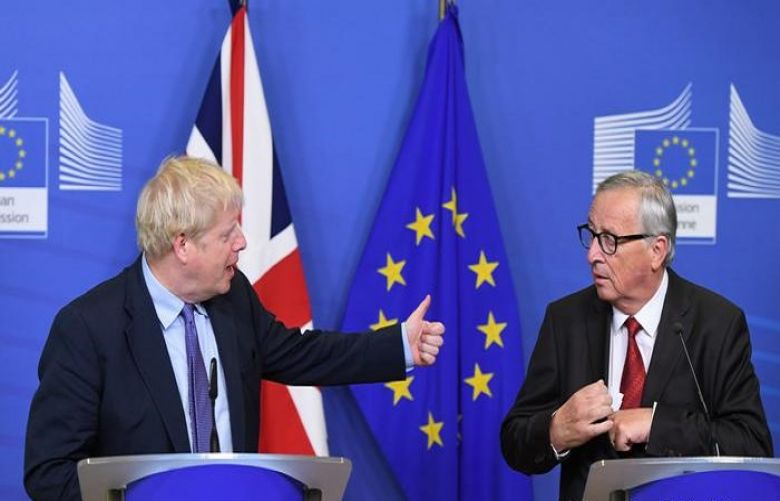 Britain warned the EU that it would be difficult to conclude a Brexit free trade deal by end of the year unless a broad agreement had been reached by October.

Britain left the EU on January 31 but talks have so far made little headway on agreeing a new trade deal with the bloc by the time a status-quo transition arrangement ends in December.

“If we haven’t secured significant progress by October, then it will be difficult,” said Minister for the Cabinet Office Michael Gove, a Brexit supporter and one of the most influential members of Prime Minister Boris Johnson’s government. There was however no firm cut-off date, he added.

Talks have snagged on EU fishing access to British waters, British compliance with EU rules aimed at a level playing field and the customs arrangements for Northern Ireland.

French President Emmanuel Macron is due to hold talks with Johnson in London on Thursday.

“We’ve agreed on both sides to energise and intensify the talks,” British Foreign Secretary Dominic Raab said. “We don’t want to hang around we’re not going to wait for this to be dragged out into the autumn and the winter.”

Any deal would require ratification by both sides a process which could take several months in the 27-member EU.

Gove said he did not expect businesses in Northern Ireland to face higher import costs as a result of Brexit and that import declarations would not be required for goods going from Britain to Northern Ireland.

Asked whether those sending goods to Northern Ireland from Britain would have to submit entry summary declarations, Gove declined to answer directly.

“There will be some new safety and security information,” he said, adding that more details would be given in the summer. “We are seeking to minimise the overall burden on business.”

Previously the government has said that entry summary declarations and import declarations would be required for such movement of goods.