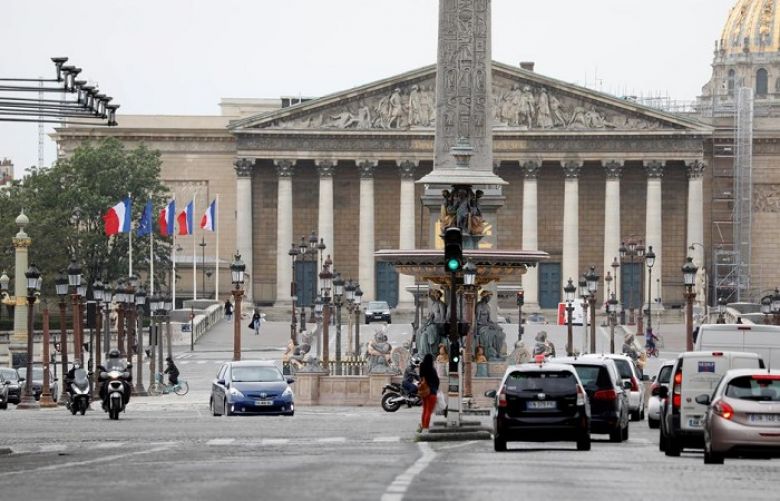 File Photo France tiptoed out cautiously out of Covid-19 lockdown

France tiptoed out of one of strictest lockdowns,allowing non-essential shops,factories and other businesses to reopen for the first time in eight weeks.

With the world’s fifth highest official death toll, France is also re-opening schools in phases and its 67 million people can now leave home without government paperwork, although documentation is still needed for rush-hour travel around Paris.

Theatres, restaurants and bars will remain closed until at least June, as the scramble in South Korea to contain a cluster of cases linked to nightclubs highlighted the peril of new outbreaks emerging.

“Everyone’s a little bit nervous. Wow! We don’t know where we’re headed but we’re off,” said Marc Mauny, a hair stylist who opened his salon in western France at the stroke of midnight.

In Paris, boutiques on the Champs Elysees opened their doors to the public for the first time since March 17. In metro stations, staff handed out face-masks and sanitizer to commuters while stickers on train seats marked out social distancing.

The capital’s La Defense business district was largely deserted as most employees continued to work from home.

Only 10-15% of staff were expected back in their glass towers, a number expected to rise to 25% in June and 70% by September, said Marie-Celie Guillaume, head of the state agency Paris La Defence which manages the district’s public spaces.

“We’re headed for a very slow, gradual return,” she said.

President Emmanuel Macron’s government lifted the lockdown after the rate of infection slowed and the number of patients in intensive care fell to less than half the peak seen in April.The virus has claimed 26,380 lives in France.

Manufacturing plants can re-open providing they put safety measures in place, which for some means not running at full capacity.People can only travel up to 100 km (62 miles) unless for professional reasons, funerals or caring for the sick.

Trade unions and opposition parties have highlighted the risks that COVID-19 infections will pick up again, particularly in places where distancing is difficult such as schools.

Health Minister Olivier Veran said France was ready to conduct 700,000 tests per week for COVID-19 to contain its spread.But he warned the government would reverse the relaxing of restrictions if infections spiked again.

“If the virus were to resume its wild race, we would again take lockdown measures,” Veran said.

Macron is eager to rescue an economy in free fall. The euro zone’s second biggest economy is forecast to contract 8% this year, and joins countries globally scrambling to rebuild supply chains.

His ministry is preparing sector-specific recovery plans for the struggling tourism, aerospace and auto industries.

“We are ready to help you,” Le Maire said on BFM Business radio. “In exchange it’s going to be, what’s your relocation plan?”

In order to help workers return to their jobs, kindergarten and primary schools reopen this week, and junior high schools later in the month in areas where the infection rate is low. Class size will be limited to 15 pupils and secondary school pupils will have to wear masks.

The country is split into “green zones” where the infection rate is low and “red zones”, including the greater Paris region, where the rate is higher and more restrictions are in place. People across the country are advised to work from home if they can.

The public health crisis will leave long-lasting marks in France. Long accustomed to being told their high taxes paid for the best healthcare in the world, the French have been dismayed by the rationing of critical drugs, face masks and equipment.

Macron’s handling of the crisis has been criticised by opponents and swathes of the public and fuelled mistrust. His popularity rating fell to 34% in May, down 5 points from a month ago, according to a recent Elabe survey.

Some on the streets of Paris said the lockdown had changed the world.

“It’s as if time had been frozen and now we return to a life that is not at all normal,” said pensioner Aline Touil Dubois.