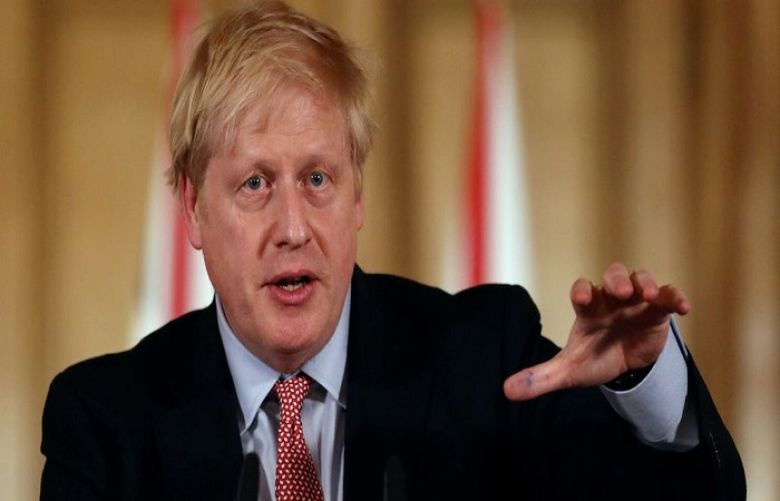 UK Prime Minister Boris Johnson said Wednesday he could begin to ease a nationwide coronavirus lockdown next week, but warned he would do nothing that would risk a new surge of cases.

He was speaking the day after Britain overtook Italy to become the worst-hit country in Europe, with more than 32,000 deaths related to COVID-19 — behind only the United States in the global rankings.

Johnson said that “every death is a tragedy”, calling the statistics “appalling”, but said there was not yet enough data to make international comparisons.

In particular, he said he “bitterly regrets” the deaths in care homes, which stand at more than 6,000, but added that there had been a “palpable improvement” in the last few days.

The wider death rate is coming down, six weeks after the government imposed stay-at-home orders to stem the rate of infection, and the lockdown measures are up for review on Thursday.

Speaking in parliament for the first time since he himself was hospitalised with coronavirus, Johnson said the government would review the data and he would set out the next steps on Sunday.

“We ll want if we possibly can to get going with some of these measures on Monday. I think it would be a good thing if people had an idea of what is coming,” he said.

However, the government has previously stressed that measures would only be lifted gradually.

Johnson repeated on Wednesday: “It would be an economic disaster for this country if we were to pursue a relaxation of these measures now in such a way as to trigger a second spike.”

It was the first time Johnson had appeared at his weekly prime minister s question time (PMQs) in the House of Commons since March 25 — two days later he announced he had tested positive for coronavirus.

The 55-year-old was later admitted to hospital, spending three nights in intensive care.

He returned to work last week, but missed PMQs on April 29 after his partner Carrie Symonds gave birth to their first child together.

The health ministry says 29,427 people with coronavirus have died so far, although broader official data puts the number above 32,000 — including 107 health care workers and 29 care staff.