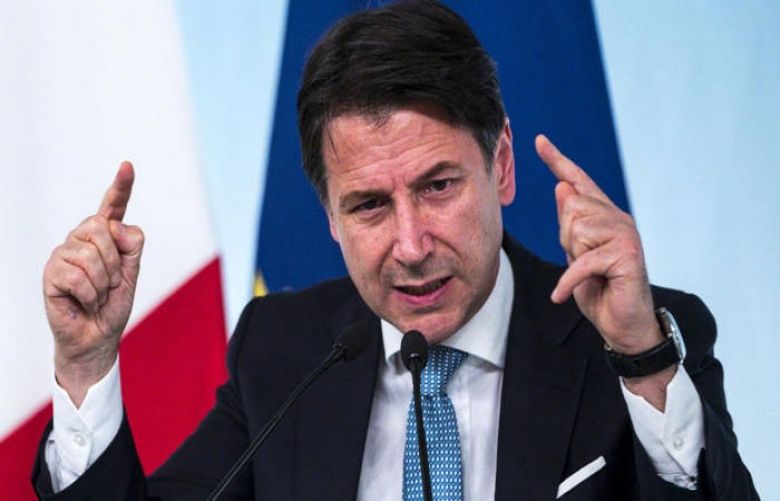 Ever since its creation as a separatist movement in the 1980s, the League’s heartland has been in the prosperous small towns of Lombardy around the financial capital Milan, the area that has now borne the brunt of the COVID-19 crisis.

Under Salvini’s leadership, the League has become Italy’s strongest party, mixing nativist and anti-immigration policies with harsh criticism of the European Union that has at times included threats to quit the euro.

But the crisis in his home region has dented Salvini’s once all-conquering image, making it harder to land attacks on Prime Minister Giuseppe Conte’s coalition government in Rome, which Salvini quit spectacularly last year in a failed attempt to force a new election.

Two months after the first outbreak of COVID-19 in a small town outside Milan,Lombardy remains one of the world’s worst-hit regions, accounting for half of Italy’s 26,000 dead.

As local families have seen elderly relatives dying alone in overflowing hospitals or nursing homes, the League-led regional government, which runs the health system, has faced increasing criticism from its own supporters.

“For us seeing the hospitals full and the ambulances that didn’t arrive was unthinkable,” said Ivan Dallagrassa, who runs a building company in Gorno near Bergamo and lost an uncle and probably an aunt to COVID-19. “At the last elections I voted for the League because I liked Salvini but I wouldn’t do it again.”

The troubles in Lombardy have started to undermine national support for the party, which had already been losing ground to parties like the right-wing Brothers of Italy group, while Conte has enjoyed sky-high approval ratings of over 60 percent.

A poll on Sunday by the Ipsos institute for the Corriere della Sera newspaper put the League on 25.4 percent, down from 31.1 a month ago, accelerating a steady slide since it took 34.3 to become the largest party in European elections a year ago.

The regional government has been criticised for communication missteps, policy zig-zags, lack of early testing and failing to procure enough protective equipment.Magistrates have begun investigating a wave of deaths in the region’s nursing homes.

Salvini’s own position, like those of many politicians on all sides, has shifted during the crisis. Early on he blamed foreigners, demanding to close Italy’s borders he was then a sceptic of shutting down business, before ultimately joining calls for a strict lockdown.

Whatever stance he has taken on the national level, his fortunes are tied to the performance of his party in administering the region it dominates.

Local officials point to actions they have taken, including setting up a huge emergency hospital, bringing in millions of protective masks and setting aside billions of euros to boost the economy.

“There’s no justification for these attacks,” regional governor Attilio Fontana, a close Salvini ally, told local TV station last week, saying much of the criticism was motivated by “political speculation”.

But while criticism from opponents may be predictable, many normally sympathetic voices have also expressed deep misgivings.

“The main criticism I would make of the management of this crisis by the region of Lombardy is organisational failure,” said Roberto Francese, who heads a centre-right administration as mayor of Robbio, 50 kilometres southwest of Milan.

Lombardy officials have also had to defend pre-crisis health reforms, which favoured big hospitals and private sector providers and stripped down local services now seen as vital to treating patients before they end up in intensive care.

“Local medical services have gone backwards, it’s true,” said Lorenzo Demartini, a hospital radiologist and a former League mayor of Mede, near Milan. “They have been dismantled, I can confirm it.”

By contrast, the League governor in neighbouring Veneto, Luca Zaia, has emerged strengthened from the crisis, widely praised for decisive action backed by a strong local health system that kept hospital admissions down.

While the League has weathered previous storms, Lorenzo Pregliasco, head of political analysis firm Youtrend, said the “mishandling of a huge crisis affecting ordinary people” was a very different problem from the financial scandals that regularly blight Italian politics.

“The party’s appeal is based on Salvini’s charismatic leadership but also on a reputation for pragmatic and effective government at local level,” he said. “That has been damaged.”