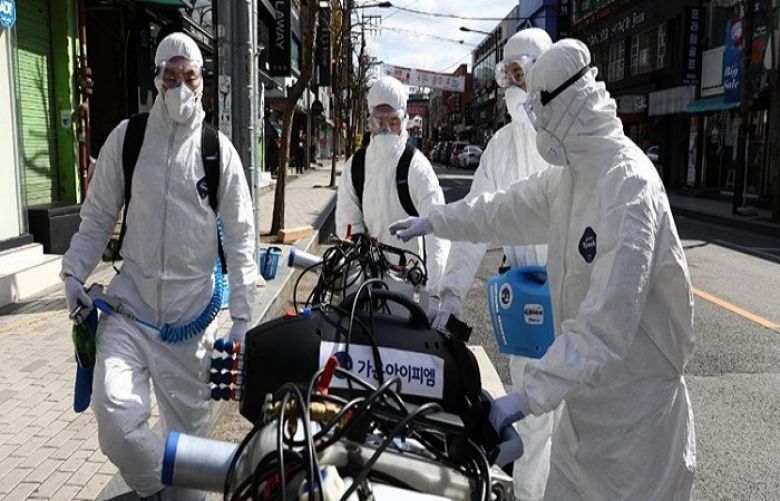 The world’s richest nations poured unprecedented aid into the global economy on Thursday as coronavirus cases ballooned in the new epicentre Europe, with the number of deaths in Italy outstripping those in mainland China, where the virus originated.

With over 242,000 infections and nearly 10,000 deaths, the epidemic has stunned the world and drawn comparisons with painful periods such as World War Two, the 2008 financial crisis and the 1918 Spanish flu.

U.N. chief Antonio Guterres warned that a global recession, “perhaps of record dimensions”, was a near certainty.

“This is a moment that demands coordinated, decisive, and innovative policy action from the world’s leading economies,” Guterres told reporters via a video conference. “We are in an unprecedented situation and the normal rules no longer apply.”
Tourism and airlines have been particularly battered, as the world’s citizens hunker down to minimize contact and curb the spread of the highly contagious COVID-19 respiratory illness. But few sectors have been spared by a crisis threatening a lengthy global recession.

The United States is urging Americans not to travel abroad at all and could announce restrictions at the U.S.-Mexican border on Friday. They would be similar to the closure of the U.S.-Canada border to non-essential traffic.

Markets have suffered routs unseen since the 2008 financial debacle, with investors rushing to the U.S. dollar as a safe haven. Wall Street tried to bounce back on Thursday. The benchmark S&P 500 .SPX closed up 0.5%, still around 30% off highs reached last month. U.S. oil prices posted their largest one-day gain ever, rising 25%. [.N] [O/R]

The virus, thought to have originated from wildlife in mainland China late last year, has jumped to 172 other nations and territories with more than 20,000 new cases reported in the past 24 hours - a new daily record.

Cases in Germany, Iran and Spain rose to more than 12,000 each. An official in Tehran tweeted that the coronavirus was killing one person every 10 minutes.