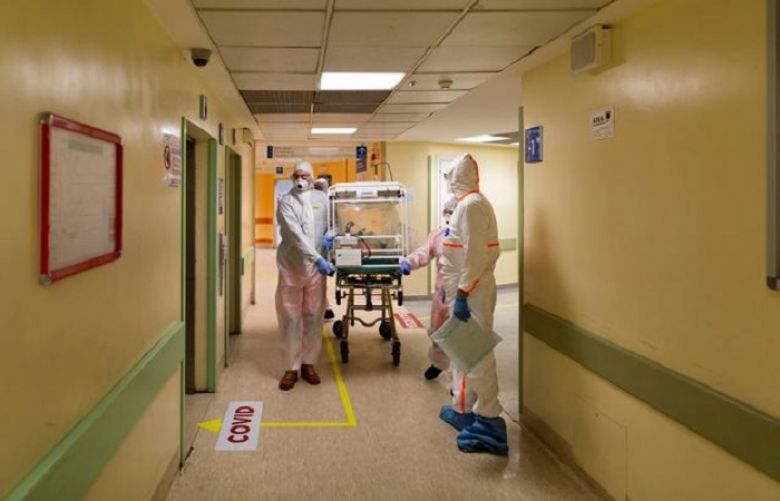 Italy will rush 10,000 student doctors into service, scrapping their final exams, in an effort to help the struggling health service cope with the coronavirus onslaught.

Some 2,158 people have died of the disease in Italy since the outbreak came to light on Feb. 21, while the total number of confirmed cases has surged to 27,980, making Italy the worst-hit country outside of China.

The crisis has pushed hospitals to breaking point at the epicenter of the contagion in northern Italy and left other regions scrambling to strengthen their own health networks as the number of infected rises nationwide.

University Minister Gaetano Manfredi said the government would let this year’s crop of medicine graduates start work some eight or nine months ahead of schedule and waive the mandatory exams they normally sit before qualifying.

“This means immediately releasing into the National Health System the energy of about 10,000 doctors, which is fundamental to dealing with the shortage that our country is suffering,” he said in a statement.

The graduates will be sent to work in general practitioners’ clinics and at old peoples’ homes, freeing up more experienced colleagues who will be sent to the rapidly filling hospitals.

Over three weeks, 1,135 people have needed intensive care in Lombardy, the northern region hardest hit. The region has only 800 intensive care beds, according to Giacomo Grasselli, head of the intensive care unit at Milan’s Policlinico hospital.

Authorities have been working to set up hundreds of intensive care beds in a specially created facility in the Fiera Milano exhibition center, but are still waiting for sufficient respirators and qualified personnel.

In Rome, oil major ENI has paid for the multi-million euro conversion of the small, private Columbus hospital into a center for treating coronavirus patients, with the first sufferers being stretchered into the unit on Monday.

Looking to map the spread of the illness, the head of the northern Veneto region announced on Tuesday that he would ramp up the number of tests done daily to some 11,300 from 3,000 at present.

“Even if we find just one positive case, it means we will have 10 less infections,” said Luca Zaia, shrugging off the cost of the increased screening. “I don’t really care about the budget. It is less important than the lives of our citizens.”

Neighboring Lombardy, which accounts for more than half the total national tally of coronavirus cases, has ruled out extensive testing, saying it does not have the resources or time for widespread controls.