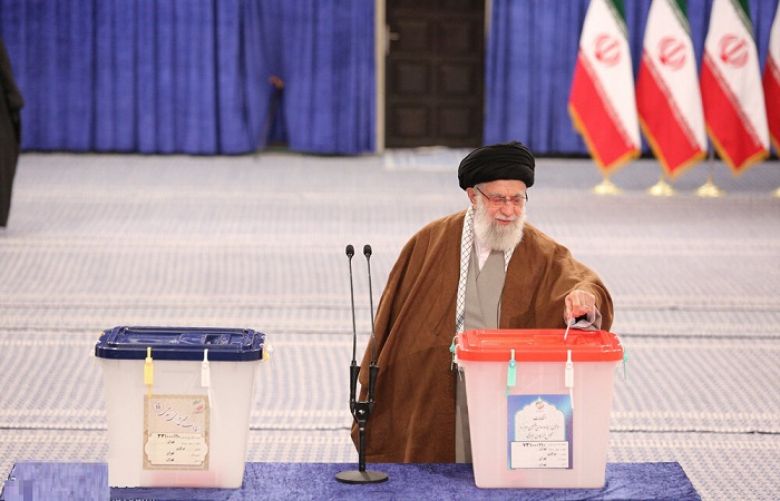 Iranians have started casting their votes in Iran's 11th parliamentary and Assembly of Experts elections.

Polling stations across the country opened at 8:00 a.m. (0430 GMT) on Friday and Leader of the Islamic Revolution Ayatollah Seyyed Ali Khamenei was among the first to cast his ballot.

Speaking after casting his vote, the Leader said, “These elections mark a day of national celebration and I have to congratulate all my fellow countrymen across the country on this occasion."

"Secondly, the day of elections is the day of the fulfillment of the civil rights of the people which seek to vote and participate in determining the future of the country, as they are entitled to," the Leader added.

The Leader urged voters to turn out early in the day and to vote based on the number of total competing candidates in any given city.

Ayatollah Khamenei concluded his remarks by praying for the country and also thanking the media for covering the event.

In an Instagram post on Thursday, Iranian Foreign Minister Mohammad Javad Zarif said that the parliamentary elections demonstrated Iranian belief in a "common fate" among different and at times opposing factions in the country.

He also added that Friday's elections demonstrated Iran's "resilience" in the face of injustice, a trait he described as being rooted in Iranian culture and central in safeguarding the country.