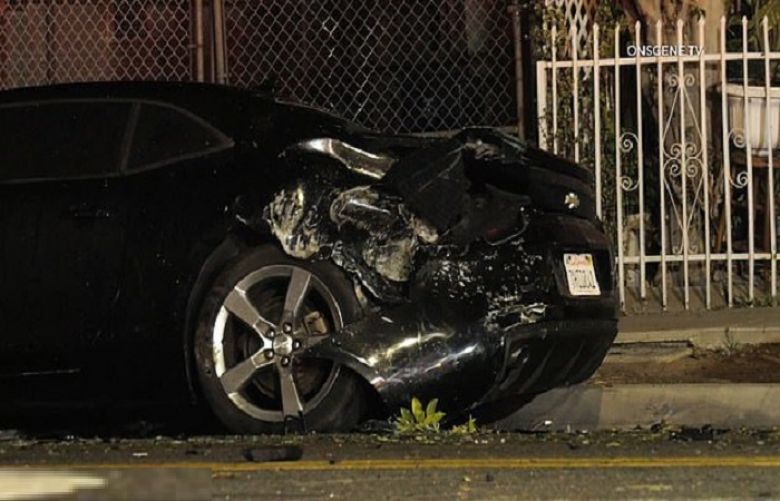 This is the moment a BMW was launched through the air after a 'drunk' woman smashed into a roundabout in Long Beach and then 'got out like nothing happened.'

Marisela Ovalle, 27, ripped across 4th Street and Daisy Avenue at 2am Thursday, smashing her 4 Series coupe into a boulder and sending the car flying down the road.

The huge rock was also sent bounding down the residential street in the collision and crushed the rear bumper of a parked Chevrolet Camaro as well as damaging other cars.

Fortunately nobody was injured in the horrific crash and witnesses described how Ovalle emerged from the wreckage, sat down on the road 'and she was fine. 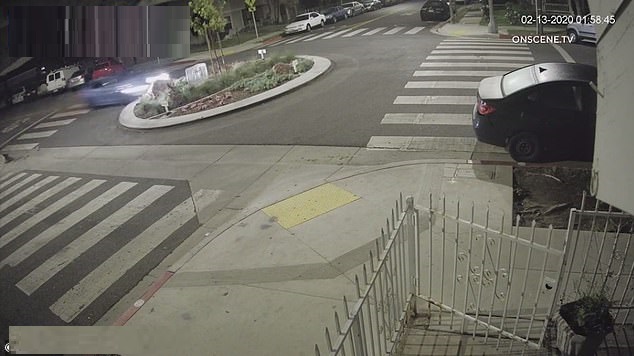 It was a big explosion.' Angel Ruiz, a local resident, told NBC: 'I ran immediately to see if the person was OK. I saw the damage right after. Man, it's really bad. It was mostly the impact from the boulder.' 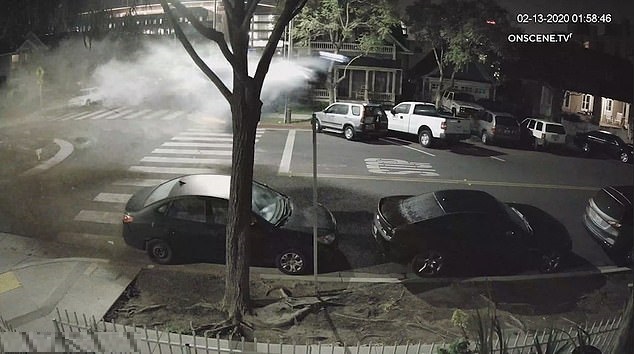 Locals said the woman did not seem hurt when she emerged from the wrecked car but seemed extremely confused, asking: 'What happened?' 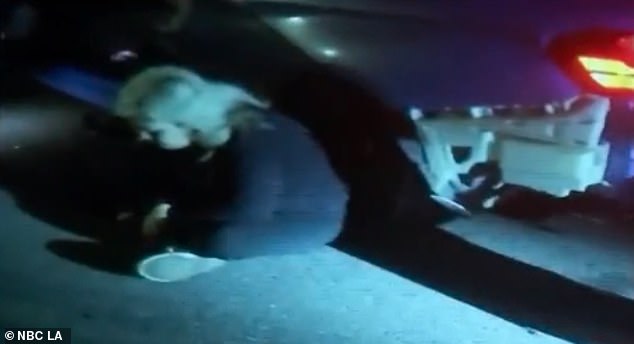 Witness Stephen Ruble told ABC: 'I saw a lady going about 100 mph...and she (went) airborne, and she hit the rock.'

Tish Herrera told the broadcaster: 'It was like a massive explosion, and all of the sudden everybody's up and you can see that the boulder's in the middle of the street and the whole neighborhood is out and the young woman that hit this white car she just got out of the car like nothing happened.'