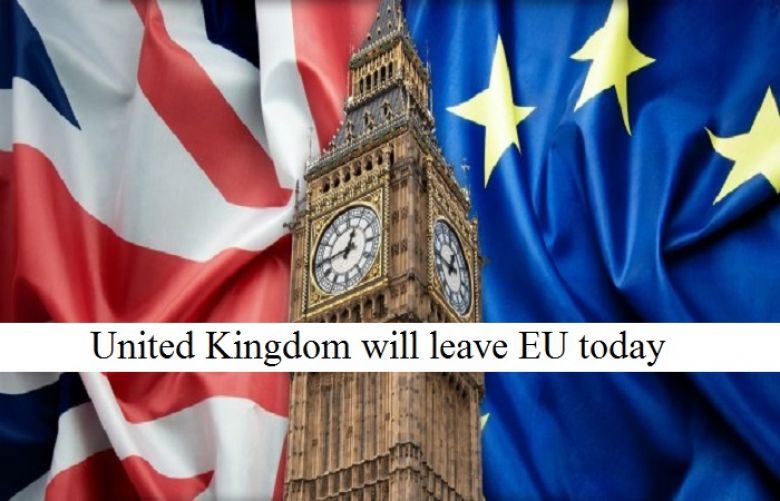 The United Kingdom will leave the European Union today, after 47 years of membership.

The British Prime Minister Boris Johnson announced to hail Brexit day today, as the dawn of a new era and will make pledge to unite Britain in an address to the nation.

Brexit was originally scheduled for 31st of March last year, but was repeatedly delayed when Members of Parliament rejected a previous withdrawal agreement reached by the EU and former Prime Minister Theresa May.

The UK formally leaves the EU. Prime Minister Boris Johnson will address the nation in what can be presumed to be an optimistic message. Other Brexiteers will be celebrating in grander style, as parties are being held across the country — including one opposite the Houses of Parliament, the body that thwarted Brexit so many times in 2019.
Remain voters will be holding similar protest events all over Britain.

The Union flag will be removed from all EU institutions (one of which will be placed in a museum in Brussels) and senior EU politicians will probably make statements expressing that this is a sad day for Europe and that they want to remain the closest of friends with Europe.