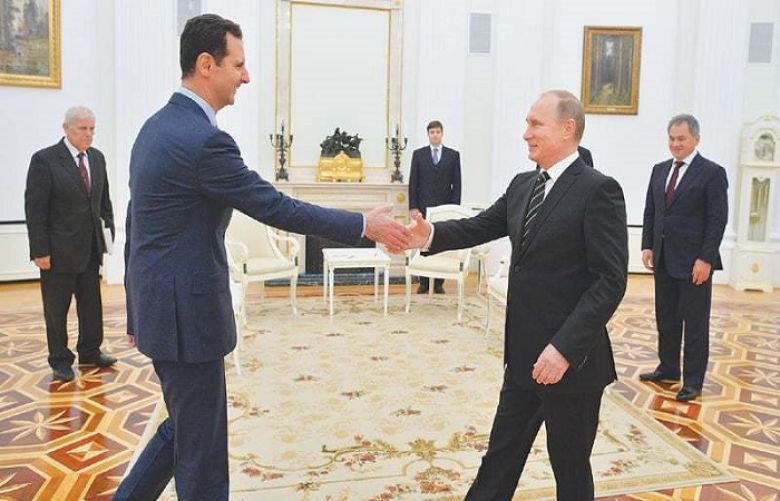 Russian President Vladimir Putin made a rare vist to Syria where he held talks with his Syrian counterpart Bashar al-Assad in Damascus, Syrian state media and Russia's Interfax said on Tuesday.

"In his conversation with Assad, Putin noted that we can now say with confidence that a huge distance has been travelled towards restoring Syrian statehood and the country's territorial integrity," the agencies quoted Kremlin spokesman Dmitry Peskov as saying.

Peskov said that Putin visited the Russian command post in Damascus and met President Assad there. The two leaders were presented with military reports on the situation in different regions of Syria. Meanwhile, Syrian news agency SANA gave no further details about Putin's visit, only saying that he met with Assad in a Russian military base in the capital.

The visit marks Putin's first trip to Syria since he visited Russia's Hmeymim air base in Latakia province in 2017 and comes amid heightened tensions between Iran — a key Syrian ally — and the United States, following the assassination of a top Iranian general in a US airstrike in neighbouring Iraq.

US troops are based in eastern Syria, making the country a potential site of conflict with Iran.

Russia deployed its air force to Syria in 2015, decisively turning the against rebels who were battling to topple Assad in the country's civil war.