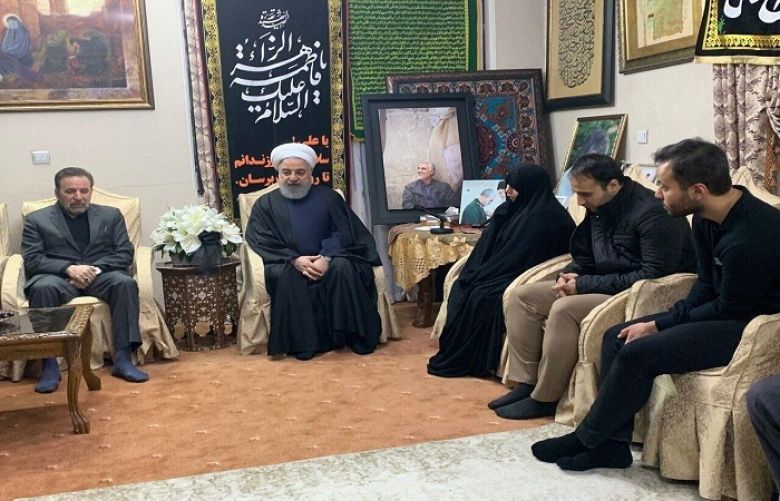 Iranian President Hassan Rouhani on Saturday morning called on the family of the IRGC's Quds Force Commander Lieutenant General Qassem Soleimani who was assassinated by the US forces in Iraq on Friday.

Iraqi media quoted official resources as saying that Lieutenant General Soleimani and the acting commander of the Iraqi Popular Mobilization Units (PMU) - known as the Hash al-Shaabi - Abu Mahdi Al-Mohandes, who were separately leaving Baghdad airport in two cars were targeted and assassinated.

Iraqi media said the US helicopters targeted both cars.

Iran's Supreme Leader Ayatollah Seyyed Ali Khamenei appointed Brigadier General Esmail Ghaani as the successor of Lieutenant General Qasem Soleimani as the Commander of the IRGC Quds Forces, to replace him as head of the country's Quds Forces.

All friends- and indeed all enemies- should know that the path of jihad and resistance continues with increased motivation and certain victory awaits the mujahideen on this blessed path, he added.

The absence of our dear and self-sacrificing Sardar is bitter, but the continuation of the resistance and its final victory will be more bitter for the murderers and criminals, he noted.