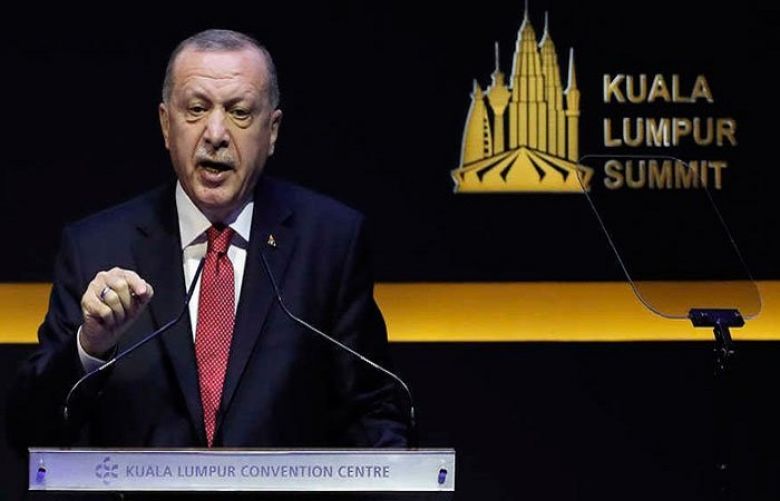 Turkish President Recep Tayyip Erdogan said on Friday that Saudi Arabia issued economic threats to Pakistan to pressurise it into withdrawing from a gathering of leaders from many Islamic nations in Malaysia.

The four-day conference, which opened in Kuala Lumpur on Thursday to address some of the Islamic world's thorniest issues, was boycotted by a handful of countries including Saudi Arabia and Pakistan.

Saudi Arabia said its leaders were not attending the summit because it was being held outside the aegis of the 57-member Organisation of Islamic Cooperation based in Jeddah.

Pakistani Prime Minister Imran Khan, who along with his Malaysian counterpart and Turkish President Tayyip Erdogan had been a prime mover behind the summit, made a last-minute decision to withdraw from the meeting.

But, speaking to reporters in Kuala Lumpur on Friday, Erdogan claimed that Saudi Arabia had threatened Pakistan with economic consequences to coerce it into skipping the moot.

"Now, there are promises that the country has given to Pakistan regarding the central bank. However, more than that, there are 4 million Pakistanis working in Saudi Arabia. They (threaten by saying that they) would send (Pakistanis) back and re-employ Bangladeshi people instead," Erdogan was quoted as saying.

The Turkish president added that the Saudi kingdom has used similar threatening tactics regarding State Bank of Pakistan (SBP), threatening that they would withdraw their money.

The Pakistani central bank received its third and last $1 billion tranche in January this year as part of a balance-of-payments support program from Riyadh.

Erdogan claimed that Pakistan had to obey such threats from Riyadh due to the economic difficulties being faced by the country.

Last week, the Pakistani prime minister flew to Riyadh for a meeting with the Saudi leadership.

On Wednesday, the Saudi Arabia-based OIC criticised the Malaysia summit in a statement, saying that it was against the interests of the Muslim world to hold meetings outside the organisation, which has for decades acted as the collective Islamic voice.