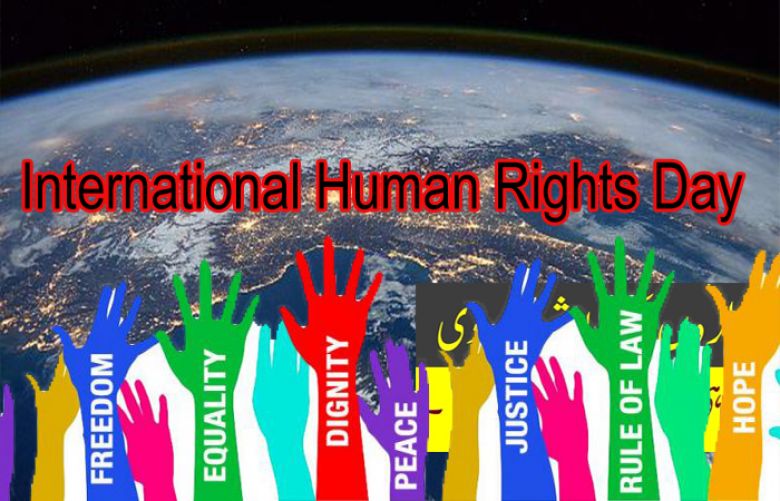 World human rights day is being celebrated all around the world today while United Nations (UN) general assembly decided back in 10 December 1948 to celebrate the day to bring the world attention towards the UN declaration.

The human rights violations have continued around the world somewhere on the name of religion somewhere on basis of cast, creed, and ethnicity.

On the other hand people of Kashmir are in grip of atrocities of Indian occupied forces from more than four months. .
In the west, discrimination over color and race are continued as black people in the US and Europe face discrimination.