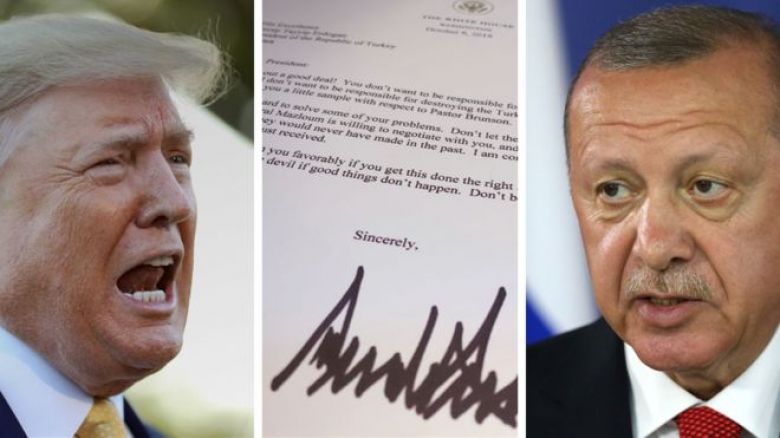 In the letter dated 9 October, and sent after US troops were pulled out of Syria, Mr Trump told Mr Erdogan: "Don't be a tough guy. Don't be a fool!"

On the day the letter was received, Turkey launched a cross-border offensive against Kurdish-led forces.

In response, Turkish presidential sources said: "President Erdogan received the letter, thoroughly rejected it and put it in the bin.

Earlier on Wednesday, President Trump said the US should not be intervening in Turkey's military operation in Syria because it is "not our border", and called the former US allies the Kurds "no angels".

"They have a problem at a border," he told reporters at the White House. "It's not our border. We shouldn't be losing lives over it."

The president also said he thought the situation on the Turkey-Syria border was "strategically brilliant" for the US.

"We're watching and we're negotiating and we're trying to get Turkey to do the right thing, because we'd like to stop wars regardless."