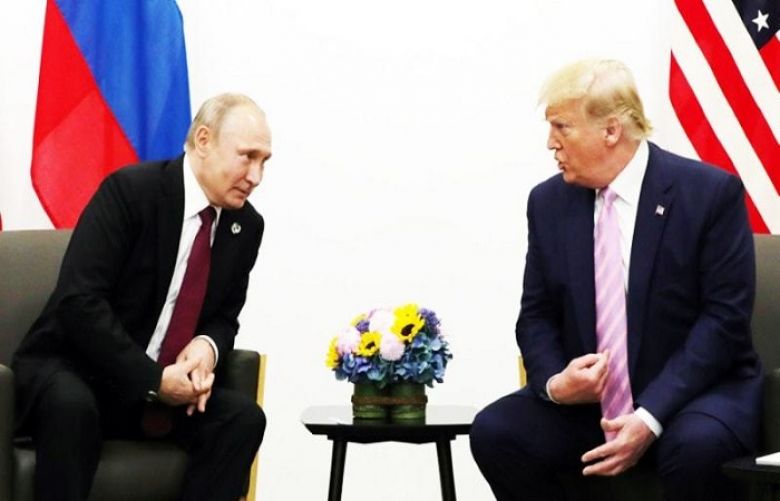 President Donald Trump has slapped more sanctions on Russia in connection with the 2018 poisoning of a former Russian spy and his daughter, a move that a Russian lawmaker said on Friday will make it less likely for normalised US-Russian relations.

Trump issued an executive order late Thursday that imposes another round of sanctions against Moscow, which has denied wrongdoing in the spy case.

In March 2018, Sergei Skripal, a former Russian military intelligence officer turned double agent for Britain, and his visiting daughter, Yulia, were found unconscious on a park bench in the British town of Salisbury after being exposed to the nerve agent Novichok. They spent weeks in critical condition but recovered.

A police officer also was sickened. A few months after the attack on the Skripals, a local man, who found a perfume bottle containing traces of the discarded nerve agent, became severely ill and his girlfriend, Dawn Sturgess, died from the accidental exposure.

The poisoning ignited a diplomatic confrontation in which hundreds of envoys were expelled by both Russia and Western nations.

“The introduction of new sanctions against Russia by Washington not only makes the possibility of normalising Russian-American relations even more hypothetical, they are the latest attack on international relations in general and on strategic stability in the world,” said Frants Klintsevich, a member of the Russian upper house's defense and security committee, whose views generally reflect the Kremlin's thinking.

Members of Congress have been pressuring the White House to impose additional punitive measures on Moscow.

Earlier this week, Rep Eliot Engel, chairman of the House Foreign Affairs Committee, and Rep Mike McCaul, the panel's ranking Republican, wrote a letter to Trump telling him that he was required by law to impose a second round of sanctions.

The US imposed the first round after the secretary of state determined in August 2018 that the attack met the standard of a chemical weapons attack under the Chemical and Biological Weapons Control and Warfare Elimination Act.

The congressmen said those first sanctions “largely imposed penalties that the United States had already put into place, such as terminating foreign assistance and arms sales to the Russian government.”

The congressmen told Trump that levying a second round was required after the State Department later determined in November 2018 it could not certify that Russia would not engage in such activity again.

“We urge you to take immediate action to hold Russia fully accountable for its blatant use of a chemical weapon in Europe,” they wrote.